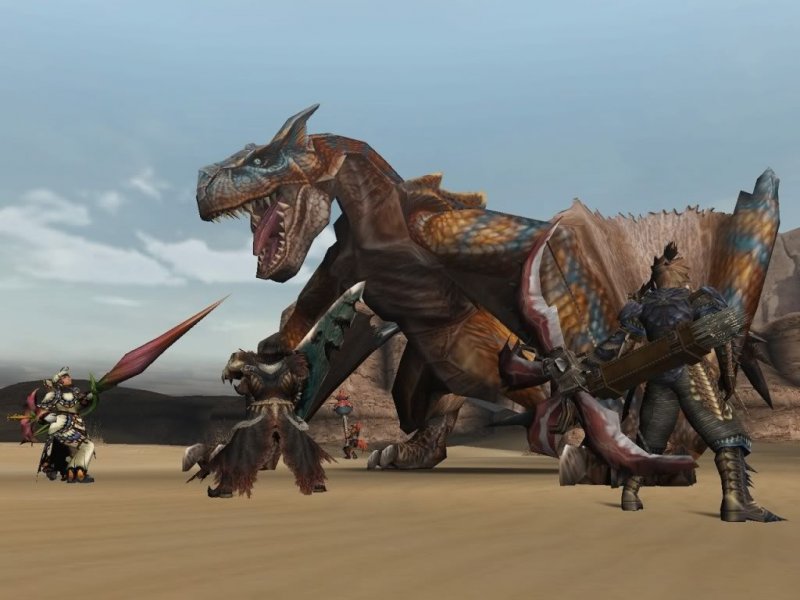 The Monster Hunter franchise is massive.  It may not have sold by the bucket load in the West, but in Japan it is one of those games you have to play.  Owners of a PlayStation Vita and a PS Plus Membership can now recreate a day on the Bullet Train by downloading Monster Hunter Freedom Unite for free.

When Co-Optimus reviewed the game all the way back in 2009 (that's Games With Gold levels of oldness) we felt that it was a much stronger co-op experience than solo.  The game has 4 player co-op that allows you to team up against some of the harder enemies.  However, there is a catch; the co-op in Freedom is ad-hoc.  Initially this meant that you had to be close to another player, but now there is an adhocParty service available on the Vita that allows you to expand this online.

With the game becoming a free download for members of the PS+ scheme there are likely to be a lot more people playing the game.  This means that genuine ad-hoc co-op is a stronger possibility, or finding someone through the Party app will be easier.

The latest PlayStation Store Update also brings some free items to use in the co-op aspects of God of War: Ascension and a 50% reduction in the price of Tiny Brains on the PS4: