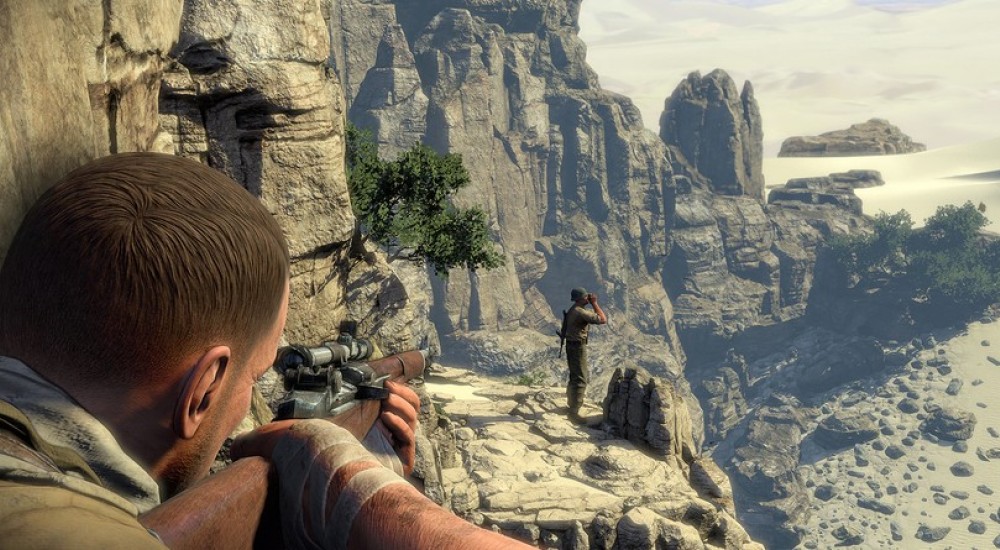 The newest developer diary from Rebellion, the studio behind Sniper Elite III, provides some much welcome details into the co-op specifics of this upcoming title. Michael How, Lead Designer at Rebellion, states that co-op is a major part of the game, allowing every single player mission to be played with a partner online. In fact, going at it with a team of two may make things a little easier, as most tanks have vulnerable targets in their rear. While one player essentially acts as bait, the other can flank the tank's position to take it out.

In Overwatch mode, the two players can rendezvous at certain points to better asses the area and plan out a course of action. It's a welcome addition, perhaps making these missions feel a bit more grounded in reality. It also can make organizing your plan of attack a bit easier to communicate.