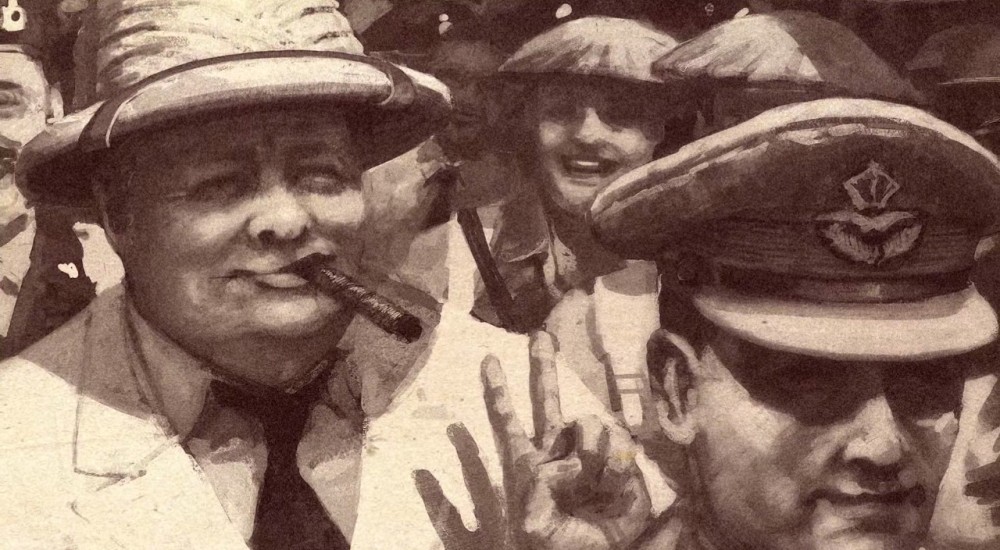 If you've been playing Sniper Elite 3, you've no doubt seen a fair share of Nazi organs being destroyed in slow-mo. And, let's be honest, if you've gotta watch a bullet liquefy someone's vital organs, it might as well be a Nazi. But how often do you get to covertly waste fascists in the personal defense of Master Politician / Boozehound, Sir Winston Churchill?

Well if you've ever wanted to play bodyguard to Mr. Churchill, the wait is over. "Save Churchill - In the Shadows" Part One is available for download on Steam, right now. Console versions are coming later this summer, as will Part Two and Three.

Check out the announcement trailer.

Yes, the British guy who kinda looks like Churchill did say "single player" in reference for the DLC. And that's what it has right now. However, co-op is to be added later on, though we don't have a date for its release.

We're a bit light on the details, presumably because they want to keep this one under wraps until you play it. All we know is that Churchill is in trouble, and his lifetime of liver abuse does nothing to halt Nazi bullets. Rebellion is workin' hard in cranking out new content, so if you like Sniper Elite 3, there'll be plenty more of it. We liked it quite a bit.