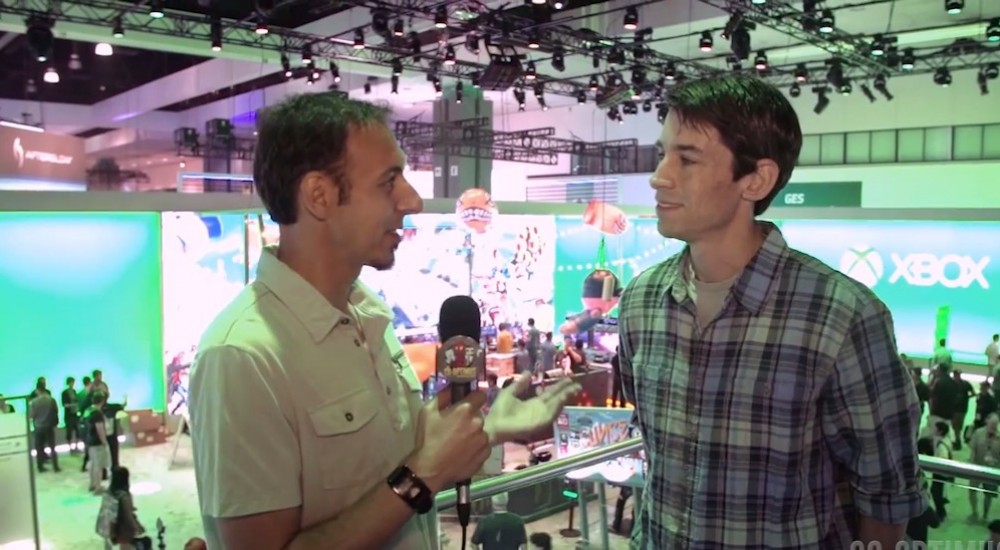 One of the great pleasures of E3 for me personally was being able to chat with Insomniac Games' CEO Ted Price about their game Sunset Overdrive. The Xbox One exclusive was shown in a big way at the convention, with advertising in every hotel room and a giant inflatable "Fizzy" that answered questions in the South Hall lobby. The biggest surprise for us was the game's 8 player co-op mode which was on the show floor. We talked with Ted about that and some of the game's inspirations, weapons, and what to expect when it launches this fall.