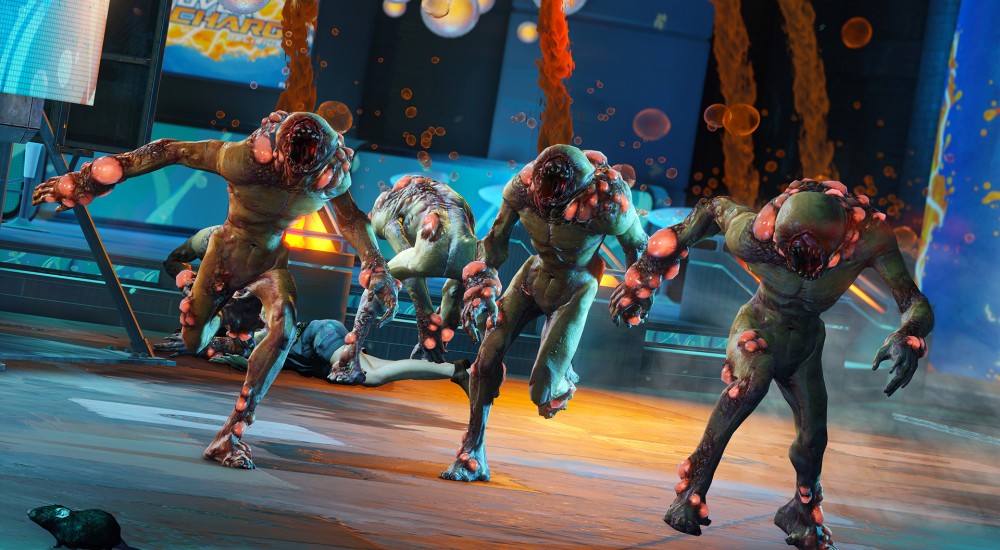 Details on the season pass for Xbox One exclusive, Sunset Overdrive have been revealed. For $20, you'll score three DLC packs including new bosses, stories, locations, weapons, Amps, and Traps. Two of the packs are entirely new campaign stories, with new items and challenges to match. The last pack includes four new weapons.

Exact details on the individual items and locations have yet to be revealed, but the non-story content will be available to pass holders on launch. It's not all single player though, as your items can also be used in online co-op. Chaos Squad, the 8-player online co-op mode, will also get some new objectives.

The release states that the season pass includes the "first three" game add-ons, so it’s possible more will launch that may not necessarily be included in the deal.

Running at $20, the season pass grants a 20% discount compared to purchasing all the DLC separately.