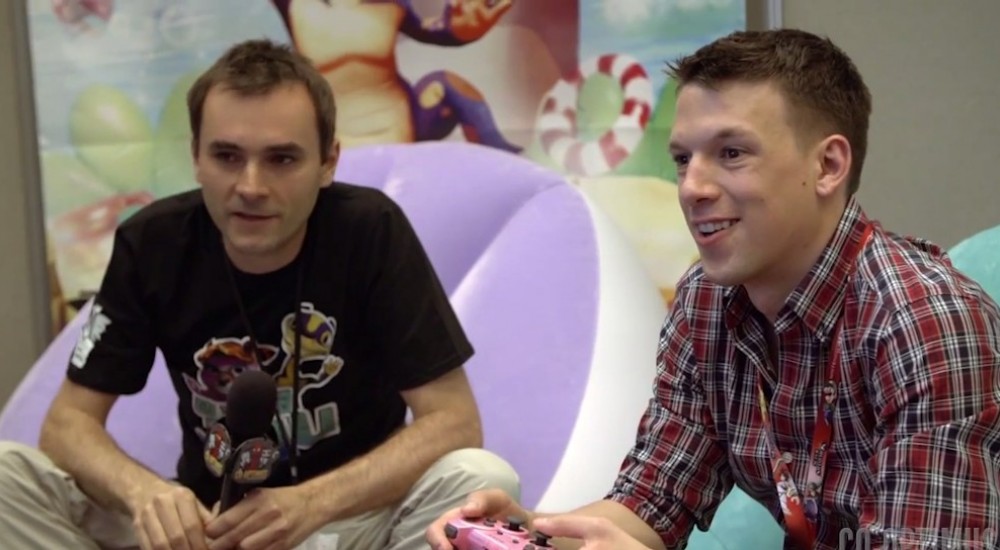 JuJu was actually the first game we got our hands on with at E3 2014, the two player co-op platformer features a cuddly teddy bear like character named JuJu and meerkat like sidekick named Pejo as they team up for some platforming adventures in a colorful world. Justin sat down with a few of the devs from the team and chatted about the design, inspirations and what we can expect for co-op play.

Don't forget to check out our hands on impressions when you're done.