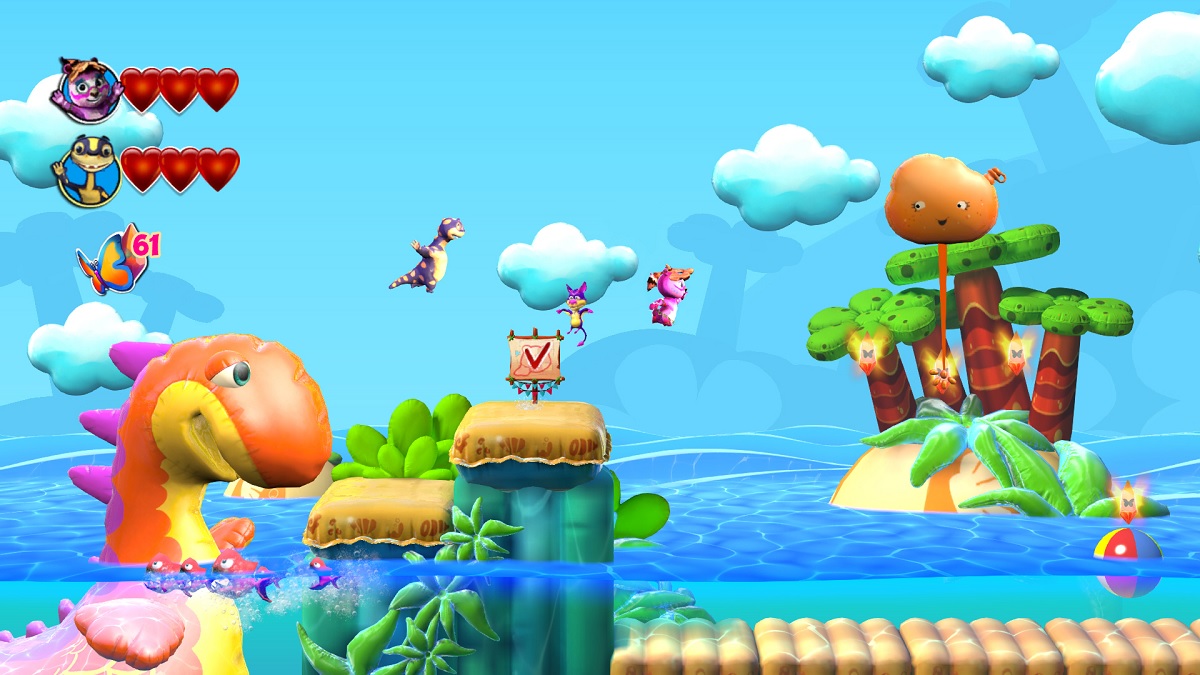 Platformers dominated the console market in the days of Mario and Sonic, but they are now a rarer beast; especially ones based on a new idea.  JUJU is an upcoming 2 player co-op platformer with an all new world and characters.  Check out the new cinematic trailer for an introduction.

Co-Optimus was luckily enough to get some hands on time and an interview with the developers behind JUJU and we came away impressed.  It is designed to be family friendly co-op so that an experienced player can team up with a less experienced player and both will have a fun time.

Run, bounce, and chant with the shaman panda, Juju, and his lizard sidekick, Peyo, as they embark upon a dangerous journey to rescue Juju's father and save the world from an ancient evil.

Check out the in-engine cinematic trailer below for an introduction to the colorful characters and world of JUJU: