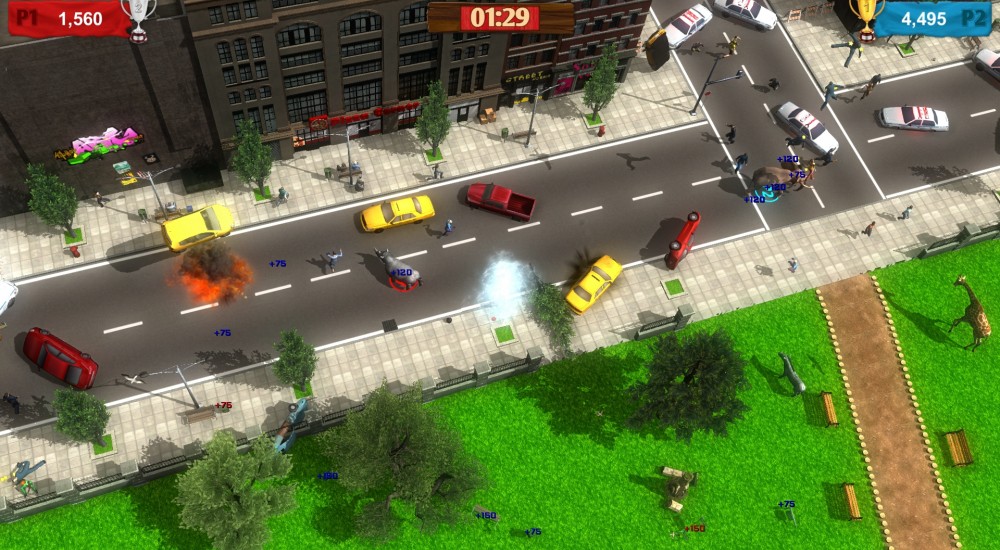 There's not much coming in July for co-op gamers, or video games in general. We'll likely be looking to the indie scene to get our new gaming fix for most of the summer. We've got one of those this week, and it looks like silly, stupid fun.

Zoom Rampage (PC) - You play as one of 10 animals that break out of their cages at the zoo and then smash through buildings, people, cars, and anything else that stands in your way trying to cause massive damage. Bring some friends along for the ride and chaos will ensue. It's like Jumanji the game. [4 player couch co-op]

Also of note, the Steam version of Retrobooster is out on July 11th.

Did we miss anything else this week?