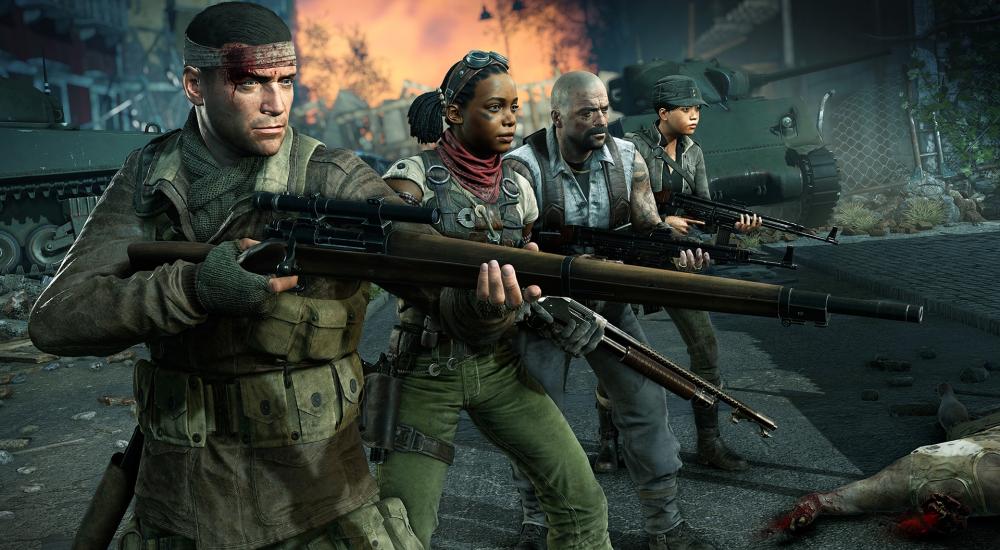 The latest entry in Rebellion's zombie sniping series, Zombie Army 4: Dead War, has an official release date: February 4, 2020. That's right, just a little over a week before Valentine's Day, you can pick up the game where you can watch a bullet slowly enter and pierce a zombie's heart. Awwww...

I'll say that I haven't been able to watch the trailer myself, as it just went live, but... *shuffles papers around* I've been told some highlights are: zombie Hitler, a zombie tank (?!), the trademark "kill shot" cams, and a zombie shark (!!!) So, yeah, if you're a fan of zombies dying in some gruesome ways, then this trailer should have it all for you!

All joking aside, the Zombie Army (previous titled Sniper Elite: Nazi Zombie Army) games have always been fun in co-op. They can be quite challenging, but also some mindless (no pun intended) arcade-style shooting galleries.