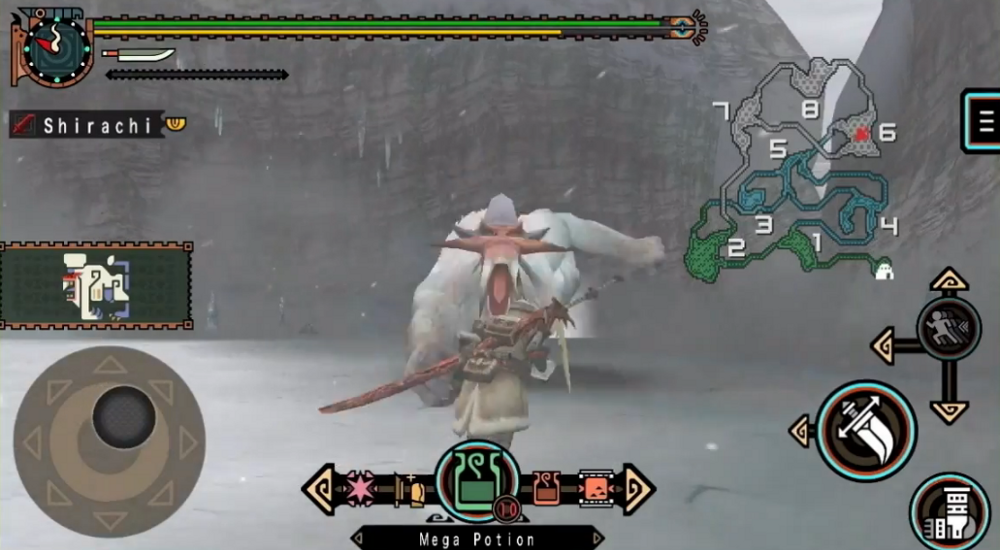 Just about a month ago, we told you guys that Monster Hunter Freedom Unite would be coming to iOS in North America. We were a bit surprised, but it was of the pleasant variety. Color us a bit surprised again, because we didn't know that "coming soon" meant early July - as in late last week. MHFU is now available on iPad and iPhone.

MHFU on iOS will set you back $15 (and 820 MB of space). This is quite expensive for an iOS game, but remember, this is an optimized port of a PSP game known for its gameplay longevity. 4-player co-op is supported over Wi-Fi, but not over mobile data connections like 3G. There is no supported voice chat in the iOS version, but players will have a form of limited communication in the in--game lobbies via a new text chat system.