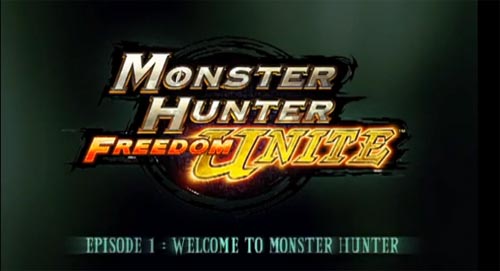 Capcom has released the first Tutorial for the upcoming four player co-op Monster Hunter Freedom Unite for the PSP.  The tutorial walks you through the basics of the game, from creating your character to learning about your home village.

The trailer also talks very briefly about bringing other hunters into your game for the co-op mode.  The four player co-op works only via the PSP's AD-HOC wireless connection.

If you want to get a taste of the title, a brand new demo was just released on the PlayStation Store, accessible from both your PS3 and PSP.  The demo does allow for co-op play so get some friends together and give it a shot!