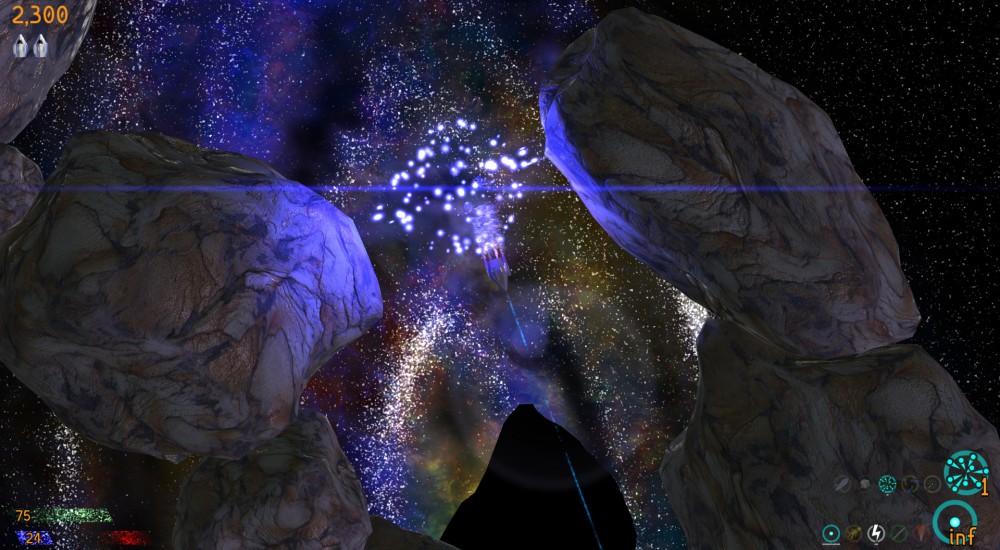 The last we heard of the physics-based co-op space shooter Retrobooster, developer Terry Welsh was sharing with us how implementing cooperative gameplay, in what had begun and was intended to be a single player game, changed his perspective on things. Those cooperative elements are still having an influence as testing of the game has progressed and lead Terry to release one of the biggest updates to the game yet.

While Retrobooster has not seen full release yet, there is a playable demo of the game available now (for free) that shows off some of the action to expect when the game is fully released. The four player local co-op is fully supported in the demo and one of the things you may notice is that the players all share the same score now, rather than potentially competing with one another for points. That's just one of the many change update 0.7.8 brings:

There's no set release for the game, but if you're liking what you're seeing, you can help to get it there by voting it up on Steam Greenlight.