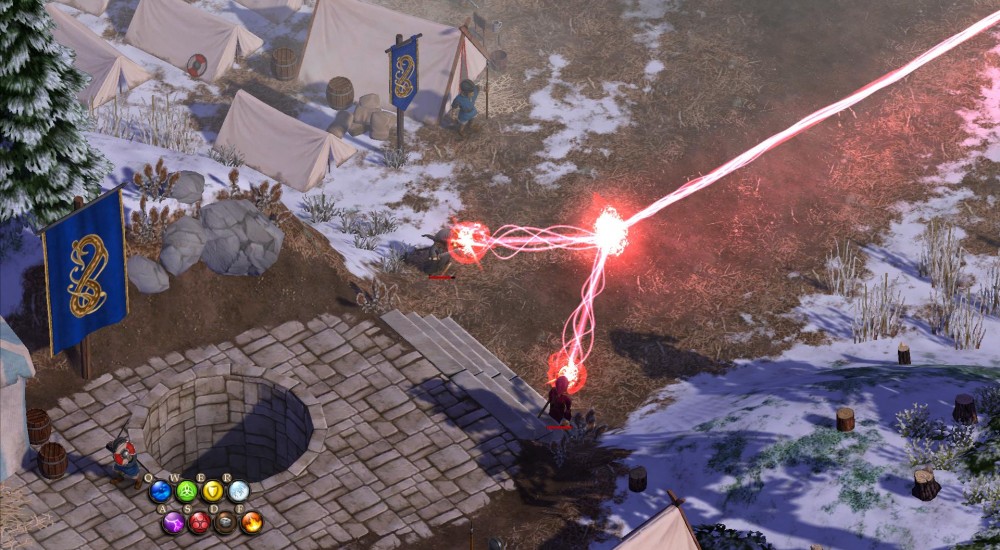 Prepare to embrace the infinite power of sorcery on the mega cheap. Magicka is on sale over at Bundlestars for $5! You could pick up four copies for a Jackson and throw down a big ol' wizard party with three other pals. Don't be concerned about missing something from the 2 trillion DLC packs out there; this deal comes with all that sweet downloadable content included.

If you haven't heard of Magicka until now (hence why you never bought it), prepare to enter the perpetual circle of Friendly-Fire. Sure, it all starts out innocently enough, with your party banding together to waste fools with otherworldly powers. Of course, you might get caught up in all the action and accidentally fling a lightning blast where your buddy is running, only to watch in horror as his teeny wizard head pop like a juice-filled balloon. He respawns and everybody has a good chuckle. Only to find him "accidentally" turning your guy to ash. Thus the cycle begins: finding creative ways to "accidentally" waste each other before it turns into a real blood bath.

We thought pretty highly of the game and all of it's straight up insanity.