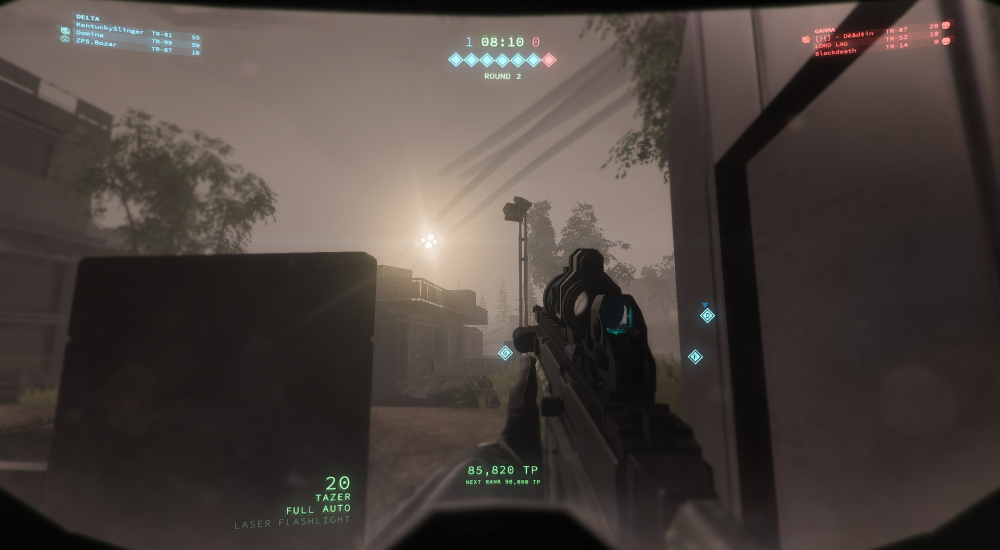 Released a year ago this month, Interstellar Marines is finally seeing it's first glimpse of co-op. In the form of a massive update launching in August, a new mission will be available in four-player co-op or as a single player experience.

"Our entire team is committed to delivering the most intense gameplay experience possible, so we can make this first Co-Op reveal something that immerses and impacts players," Kim Haar Jørgensen, Creative Director on Interstellar Marines said in a press release.

Beyond the release month and the four player experience, Zero Point Software is holding back information in an effort to surprise players. “We want to ensure that when a player first tries the Co-Op experience, they do not know what to expect, or what’s going to come at them," Kim said. "It’s to keep this surprise that we’re holding back information on the actual gameplay - immersion is even greater if surprise is thrown in there as well!”

Zero Point Software recently shared an AI test on their YouTube page, showcasing an early version of the Combat Training Robot in the game.

Interstellar Marines is an Early Access game available on Steam or directly from Zero Point Software starting at $14.99. The base price includes all future updates to the game, and the Spearhead Edition, starting at $39.99 includes added bonuses such as a digital art book, soundtrack, a second game key to give to a friend, and more.