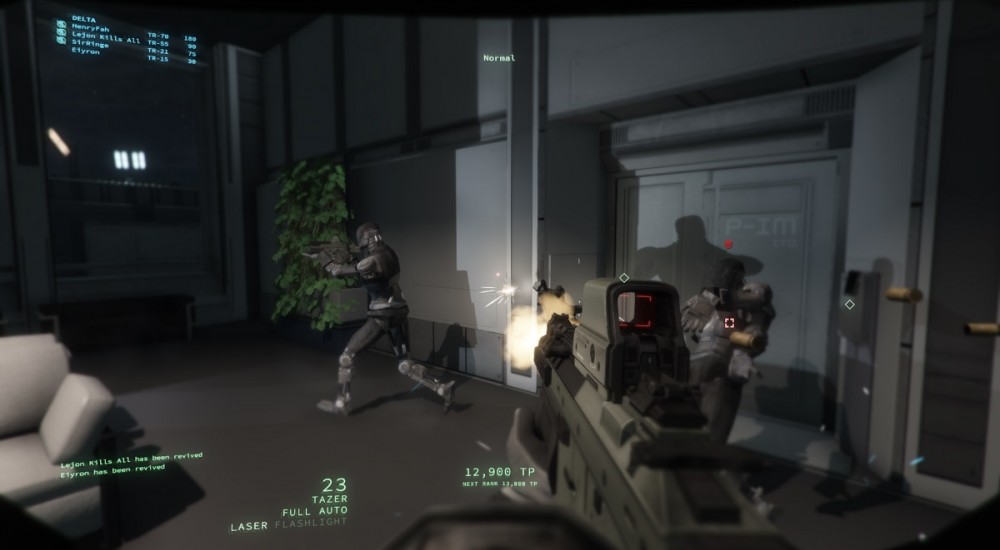 Interstellar Marines received yet another co-op campaign map to extend the game's lore yet another step. Grab the latest DLC today and take a friend along for the ride! Developer Zero Point Software recently released their second co-op campaign map, "Starcrown Aerospace", adding a whole new level of twists and turns to the game's universe. To succeed in retrieving important research data from an industrial-military base, players must work to be ask stealthy as possible, all while unscripted AI enemies await to bring you down. Be on your toes, folks! Creative Director of Interstellar Marines, Kim Haar Jørgensen, had this to say regarding the new map:

“Our first co-op campaign map propelled players into the Interstellar Marines universe. We want the Assault on Starcrown Aerospace  mission to expand on that, grabbing players’ interest and immersing them ever more in their role as an Interstellar Marine.

“Starcrown is all about stealth - using your brain, not just your trigger finger - to secretly and surgically infiltrate an industrial research base. As an Interstellar Marine you do not know what the research is you’re after, but I can tell you it has profound implications for co-op missions we will release in the future”. In addition to the new campaign map, the developer also released a total of five additional "challenge" co-op maps. These will pit players with their friends to defeat even more unscripted AI within an assortment of game modes.

“In just a few short months we have released seven co-op maps”, Jørgensen continued. “That’s many hours of intense, old-school co-operative and singleplayer gameplay our players can now enjoy with their friends. We’ve been compared many times to the Rainbow 6 series of games, and as they’re a heavy influence on us we’re extremely proud of that!”

If any of this sounds interesting to you, or you've never heard of Interstellar Marines, we highly suggest you go check the game out over on Steam. The game is currently in Early Access form and can be purchased with a 25% discount for just under $15.