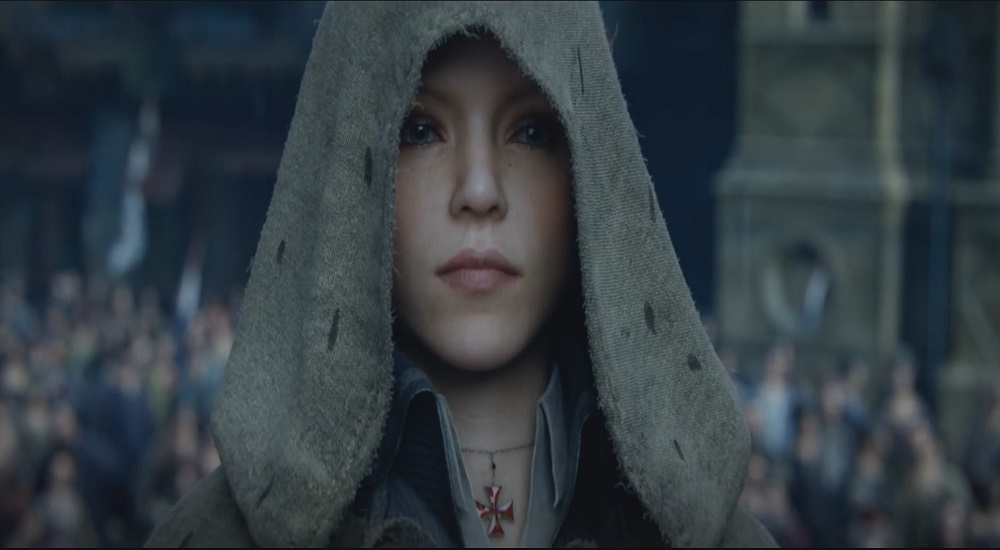 A recently released Assassin's Creed Unity trailer reveals an all new female character, Elise the Templar. Though she seems like a damsel in distress, she has a fire in her that wants to be recognized by the Order. What is her connection to Arno?

I have to mention the main protagonist of the game here, Arno, but he's not to be the main focus of this article. In the trailer, he's shown to be swiftly maneuvering over the rooftops of Paris to reach a central square where public executions are occurring. In the nick of time, he saves a woman from getting the guillotine and seems to know her personally. Elise, one of the new main characters within Unity's storyline, shows off that she isn't one to be messed around with either, wielding a pistol defiantly while being outnumbered. Ubisoft briefly describes her:

"As an independent young noblewoman, Elise is determined to secure her place in the Templar dynasty amidst the chaos of the French Revolution. Her quest leads her to cross paths with Arno and establish an unlikely bond with him."

It's a shame that we have little information about her for the moment. Hopefully more information is revealed about her character before release. If anything, it's nice to hear about our female representation in the game as the lack of playable females controversy hasn't been the most pleasant thing to read about during Unity's announcement.

However, if Elise's design has already caught your eye and you have the cash to spare, then preordering the game now will earn you a sweet statue of "Elise The Fiery Templar" (designed by Ubicollectibles) and with added in-game bonuses included (though details on this content has yet to be disclosed. The interesting thing about this statue is that it can combine with the Collector's Edition statue "Arno: The Fearless Assassin" for a complete display. Her figure will be available on October 14th via the Uplay Shop. As we witnessed at E3 this past June, Assassin's Creed Unity will come with a four-player online co-op mode (losing competitive multiplayer from past titles). It arrives on Xbox One, PS4, and PC this October 28th.