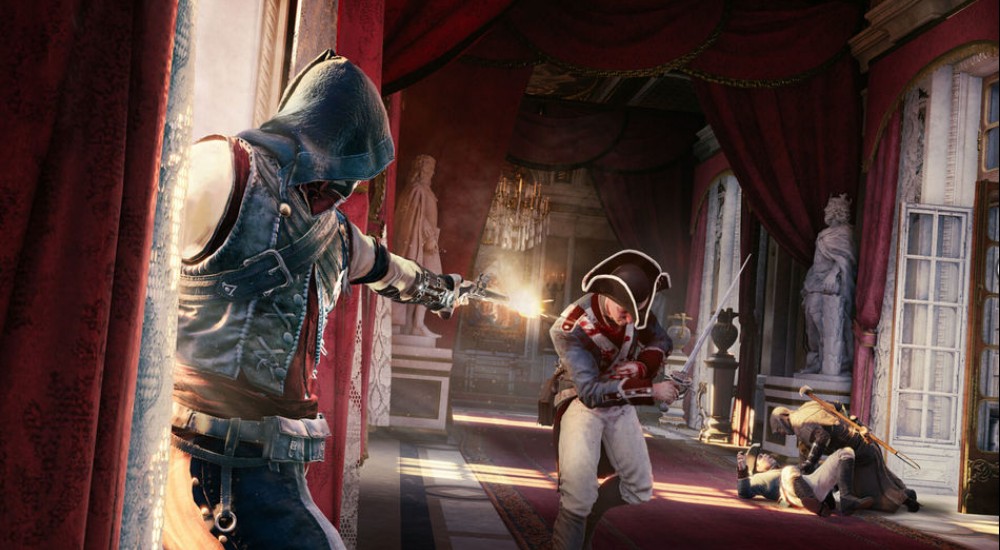 Lately we've been enjoying plenty of video content for Assassin's Creed Unity, mostly in the form of Dev Diaries and Q&A. We've seen very little in the way of extended gameplay footage, almost since the big E3 reveal. The age of ignorance ends today, however, with a trailer featuring three minutes of gameplay. The unfortunate side of this story is that Ubisoft's UK studio was not content at supplying the masses with actual gameplay, and has tainted the whole process with the inclusion of some "hilarious" celebrity impersonations.

The unfortunately parodied gentlemen (because: "insert joke about the lack of female assassins" here) are British personalities David Attenborough and Alan Carr, with world-famous actors Morgan Freeman and Arnold Schwarzenegger. While I've never met these fellows in person, I'd put money on the fact that these impressions rank about a D in terms of authenticity.

See how far you can struggle through the trailer before you perish in shame.

Alright, the "death, death is all around us" gag wasn't bad, but the rest of the video made me want to hide under my bed until the End Times come. At least we've got an idea of what Unity looks like in action, right?