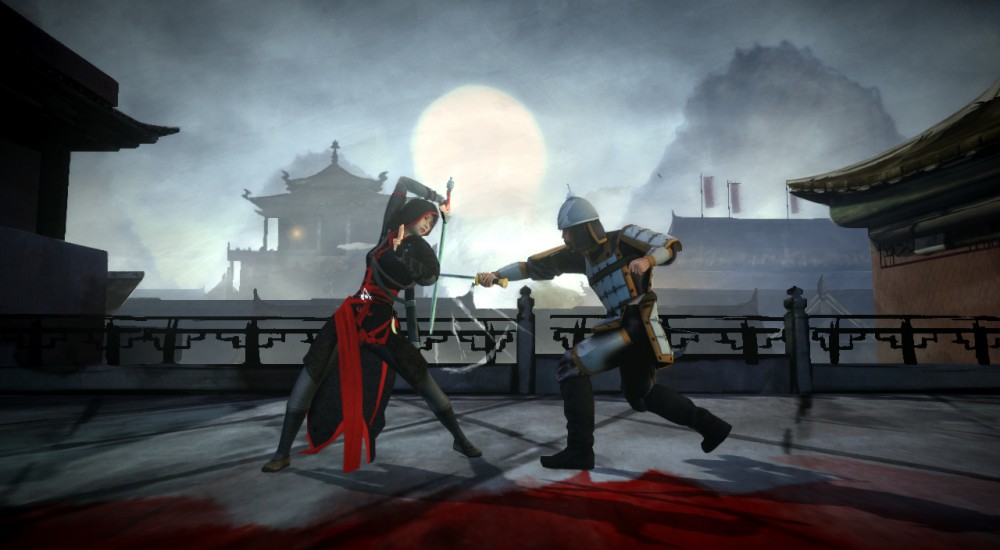 Ubisoft has finally detailed Assassin's Creed Unity's Season Pass contents, giving players extra content to dig into next year. What's interesting about it is, though there is extra DLC missions and goodies for players to dig into, there's also going to be an entirely separate title offered within it!

Though Unity's Season Pass will offer a wide variety of missions, such as a new campaign spanning three "Dead Kings" DLC's, new weaponry (like the exclusive Fleur de Lys sword), gear, and skills for your assassins, the true gem of the Season Pass lies in a brand new downloadable game hidden within, Assassin's Creed Chronicles: China! "Take your adventure beyond France to a new standalone story set in 16th century China starring Shao Jun, a fan-favorite from the Assassin’s Creed Embers animated movie. Trained by Ezio Auditore, Shao Jun has returned to Beijing as the last remaining Assassin of the Chinese Brotherhood. Hell-bent on revenge, she will strike out against those who destroyed her Brotherhood.

Experience an entirely new setting for the franchise in a beautifully stylized world inspired by traditional brush paintings. Shao Jun’s powerful martial arts skills and new Assassin gear like the Jian Sword and the Foot Blade will allow her to eliminate her targets from the shadows or take on groups in all-out combat. Explore legendary landmarks like the Great Wall of China and the Forbidden City and encounter famous historical figures in this new 2.5D digital download title."

All of this will be ready to grab early next year, but those that preorder the Season Pass now will get an exclusive double-handed war axe for their characters. In total, there's two all new adventures with approximately 8 hours of additional content to experience! Even better: players will be able to wield these 30 items in both the Assassin's Creed Unity and "Dead Kings" DLC missions: "The Season Pass will take you from the bloody streets of revolutionary Paris to the troubled city of Saint Denis in Assassin’s Creed Unity Dead Kings, a new story campaign that takes place after the events of Unity. Arno leaves Paris seeking isolation and finds himself wrapped up in the mysteries surrounding Saint Denis. Explore the city’s extensive underground with Arno’s lantern. Beware the animals wandering in the darkness…

Arm yourself with Arno’s explosive new Guillotine Gun and take on the secretive Raider faction that’s desecrating the catacombs. Discover new side missions (in addition to the main DLC story content) and solve puzzles in the depths of the catacombs."

Will you be purchasing the Assassin's Creed Unity Season Pass? It's going for $29.99. and with all this great content, it should be worth the price. Check out the trailer below for more details.