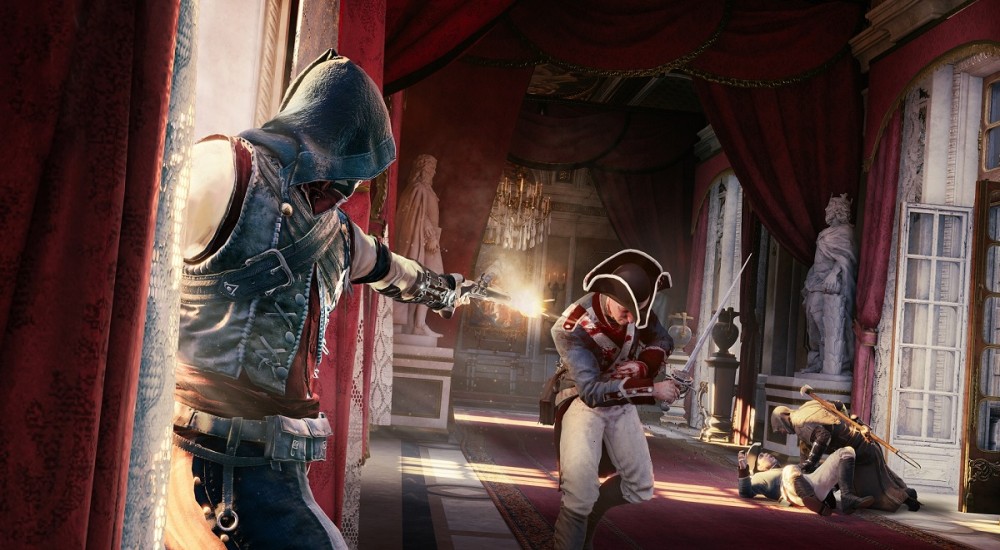 A couple of weeks ago Assassin's Creed Unity launched on consoles. Much to the gaming communities distaste, a myriad of technical problems are plaguing the game at the moment. We've got word from Ubisoft on the many fixes and tweaks that they'll be issuing in a huge patch tomorrow.

Going into Patch #3, players should see significant improvements to the framerate, as well as other bugs addressed. Be forewarned that further framerate issues will be touched upon in future patches already in the works), just in-case you still see some surfacing. Additionally, many multiplayer bugs have been fixed, so things on that front should be at least a little better. The first console to receive Patch 3 will be the PS4, releasing tomorrow November 26th. Both the Xbox One and PC will receive their patches later on this week, though no specific date has been announced as of yesterday. This is a very, VERY long list, featuring over 300 separate items that were fixed. Anything that Ubisoft left out, please go and let them know in their forums here: