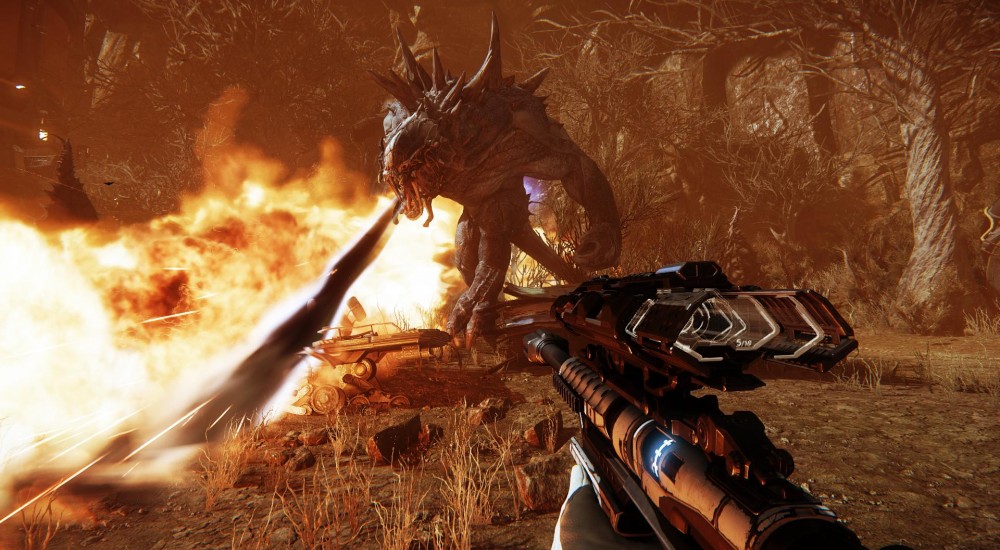 Turtlerock Studios have given Evolve the John Madden Treatment by talking over gameplay. This particular video features footage from their new map, The Distillery. While we don't know what's being distilled there, we do know there's a real nasty monster zooming around the map and chewing up hunters. Granted, this feels more like watching a narrated MLG match than devs describing gameplay features, but there's nothing wrong with that.

Let's be real here: while Evolve is touted as a 4v1 game, the monster can very well be set to AI, meaning you and your friends don't have to select which one of you will be torn up by a hail of bullets.

So, Squidbeast can fly. I imagine most of its initial attacks are gonna be death from above style surprise openers.

I'm really loving the differences in the classes here. The whole Left 4 Dead school of thought making the different characters cosmetic only was kind of a drag, so I'm glad they spiced up gameplay by adding special abilities.