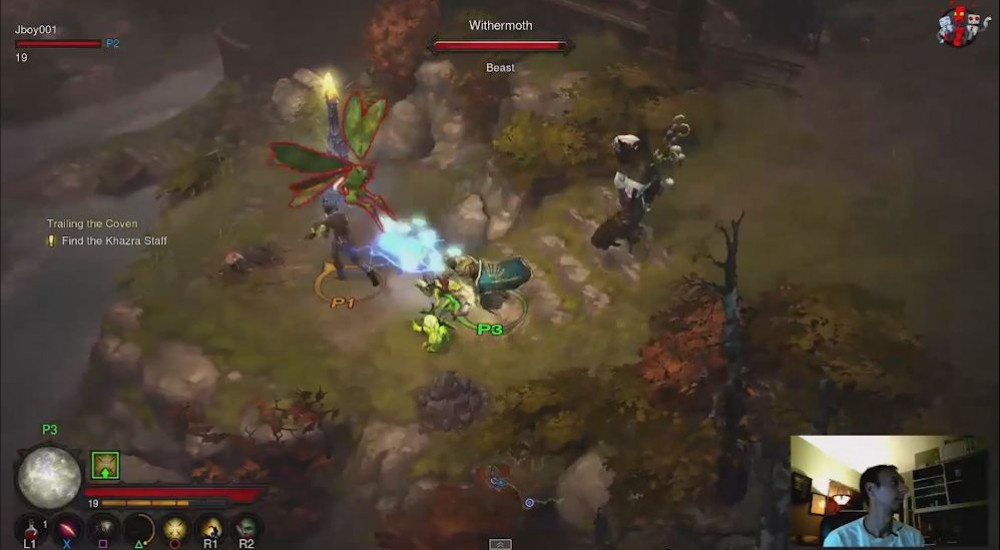 Diablo 3 has hit next generation consoles, and if you've been watching our Twitch.tv channel where we've been streaming in since Friday, you've seen the improvements in action already. What may be surprising for those of us who have played the PC or previous console versions are just how many small changes Blizzard have made to the game to really "tighten up the graphics on Level 3". Seriously though, there's a lot of positive changes in Diablo 3: Ultimate Evil Edition.

Obviously there's some big improvements that come with the next-gen version of Diablo 3 - better frame rates, improved texture quality, prettier lighting and physics effects - but it's the more subtle changes that we like even more than the fancy window dressing.

Massacre streaks now use an on screen fuse letting you know if you are in danger of losing the combo and the experience multiplier that comes from it. Nephalem orbs also drop more frequently and give players a quick double damage buff. Destruction streaks give all players a speed boost while killing enemies with traps increase your regeneration. All of these improvements are tied to a timed base mechanism, giving the game a more arcade like feel encouraging faster pace.

The console controls are tight and refined, but on the PS4 the touchpad can be used to navigate the interface, though it isn't required. Small touches like the controller glowing the color of your on screen character's reticule is a nice touch in local co-op as well. Other co-op improvements include random drops in your game for your friends. I've already received several legendary items from friends who picked them up in their game. A couple of other nice touches for co-op is level balancing, buffing the lower level character closer to a higher level character when joined, with all loot drops being scaled towards the character's actual level when returning to their game.

Overall Diablo 3: Ultimate Evil Edition is the most fun I've had with Diablo 3 since the 2.0 patch on PC. Playing with the controller I actually find SLIGHTLY more enjoyable, the combat just feels a little more intense with button pushes and dodges with the analog stick versus the click of the mouse. Hopefully the console versions will stay up to date with the PC version now moving forward like Blizzard plans. If anything the console version will always the right choice for the living room, offering the only couch co-op Diablo 3 you can get.