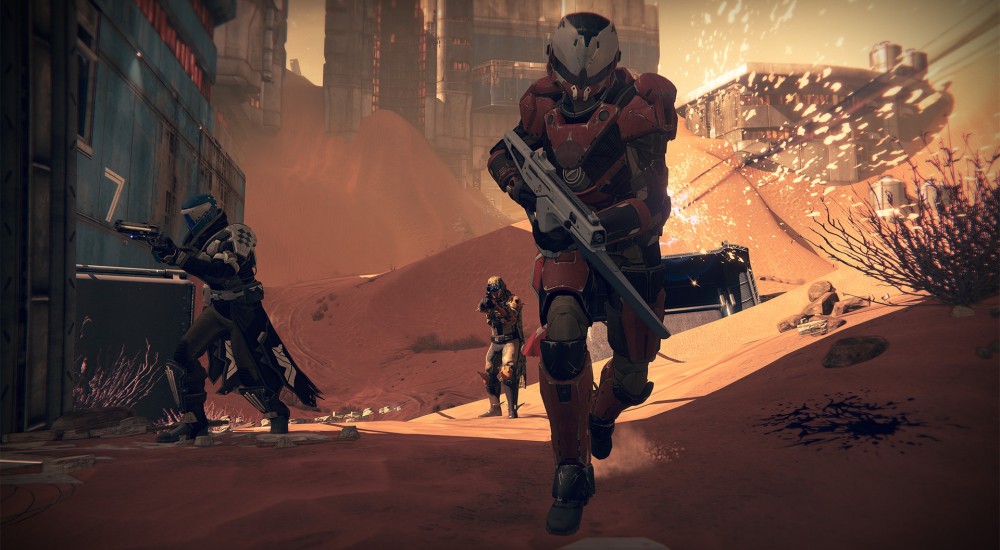 It's likely the biggest co-op game this fall. We break down the details of Bungie's Destiny in plain text for you. We'll be updating the FAQ as the game changes and new things are discovered as well. If you've got a question, be sure to ask below and we'll make sure to add it to the list.

How many players can play Destiny locally (couch co-op)?

Destiny does not support couch or local co-op gameplay.

How many players can play Destiny via system link or LAN?

Unfortunately, you must be connected to the internet to play Destiny. LAN play does not work in Destiny.

How many players can play Destiny online?

Three players can join a fire team and take on missions together while six friends can team up and take on the game's high level raids.

How do you begin a co-op session in Destiny?

There are a few ways you can start a co-op session. You can bring up your friends list and select or invite a friend into your game. You can enter one of the free roaming areas and the game will dynamically place players in those areas, simply walk up to them and click in on the stick to invite them to a fire team. You can also meet up with friends in orbit where you can buy, sell and get missions.

How does save game progress work for co-op play in Destiny?

Game progress is always given to all players in a fire team. All loot is scaled to the area in which players are in.

Can I join a game if the host is further along than me in Destiny?

Yes, Destiny allows you to join any player you wish.

What does the Destiny season pass get you?

The season pass in Destiny is called the "Expansion Pass." There will be brand new story missions, cooperative and competitive multiplayer arenas, and all wealth of all new weapons, armor, and gear to earn. The Destiny Expansion Pass includes Destiny Expansion I: The Dark Below and Destiny Expansion II: House of Wolves. In The Dark Below, you'll discover an ancient tomb has been unsealed. Beneath the surface of the Moon, a dark god has answered centuries of prayer, and a dark army has risen. Explore the true depths of the Hellmouth. Stop the dark Hive ritual and survive.

What character classes are available in Destiny and how do they work for co-op? What content is exclusive to PlayStation owners in Destiny?

There are several pieces of content exclusive to the PlayStation 3 and 4. A strike mission called Dust Palace, a multiplayer map called Dust Blue, three gear sets (1 for each class), two weapons, and three player ships.

Sony details the exclusive content on this landing page.

Is friendly fire on in Destiny?

There's no friendly fire or griefing of players in the open world areas of Destiny. The only place a player can damage another player is in Destiny's competitive multiplayer modes.

What is a raid? Why is there no match making for it?

Raids are like very high level versions of the strike missions. Currently the one raid that exists, The Vault of Glass, requires players to be at least level 26. The actual mission can take anywhere from 6 or 12 hours to complete, hence the need to be with a stable group of folks that you can team up with. Thankfully you don't need to complete a raid in one sitting, but you do need to complete it within a week's time. Bungie is exploring the idea of matchmaking.