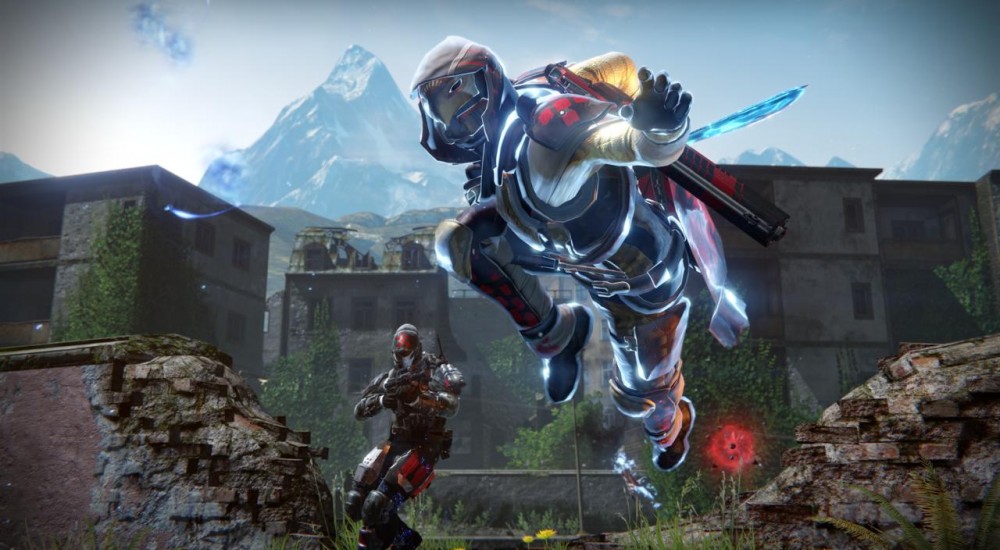 Destiny's next big content patch, "House of Wolves," is launching on May 19th, a scant two weeks away, and the wizards at Bungie have been hurling out video teasers from their first class seats aboard the Hype Train. The teasers have been in large gearing up for a grand "Twitch Reveal," which is to say that the new elements of the expansion are announced on their live Twitch stream.

If you are interested in checking out the reveals in their entirety, why don't you give Bungie's Twitch page a glance and catch an hour and a half rebroadcast.

Let's take a look at the teaser for the new social area in "The Reef."

Clearly, they wanted to toss out the big reveals live and just give you a little taste of what's to come. The Reef is to be your base of operations during the House of Wolves ordeal, helping you gear up and introducing you to new characters that might aid you in the story. Though, more likely than not, they'll just be asking you to run errands for them.

It might not be co-op, but you can still get some enjoyment out of seeing your homies get destroyed in the Crucible. The Trials of Osiris is a new Crucible event which has a fun, ancient-Egyptian flare to it.

Finally, let's talk about something discussed yesterday, The Prison of Elders.

Here's where the co-op really shines. In lieu of a Raid, "House of Wolves" delivers the Prison of Elders. A three-person co-op survival mission where you battle waves and waves of the deadly Cabal. It's reminiscent of the Gears of War horde mode, except it has the chance to drop sweet Space Loot with every run.

There. You have been sufficiently teased. Hopefully that's enough info to tide you over until "House of Wolves" launches May 19th. You can pick it up for $20 à la carte, or you can claim it and additional content with a $35 Season Pass.