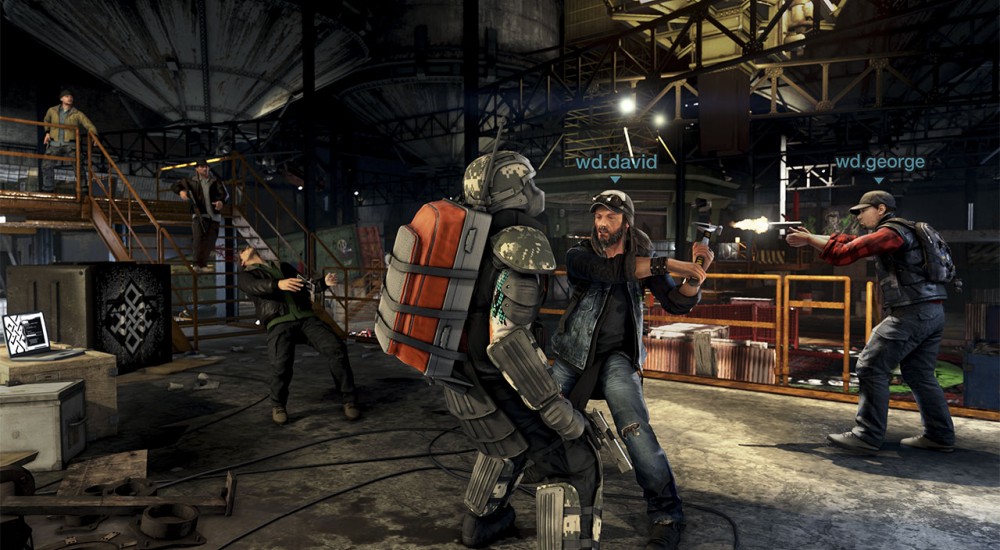 Who here's ready to once again assume the mantle of a morally ambiguous hacker with a chip on their shoulder? The new DLC, "Bad Blood" is out for Watch_Dogs on September 30th, adding real, genuine co-op gameplay to the open world game, or if you're a season pass holder, you can get it immediately. Sure, Watch_Dogs came out about four months ago, but heck, co-op may be a game changer.

In "Bad Blood," players don the nosering of eccentric hacker T-Bone from the main game. T-bone finds a buddy in a heap of government-oriented trouble and needs to bail him out. My guess is that it isn't for tax evasion.

At long last, you can fire an assault rifle wildly into the air from the back of a pickup truck as your friend spins brodies. And also go on co-op missions if you really want.

The co-op missions are unrelated to the main story. You can team up with a pal to go crack the skulls of "Chicago's criminal groups" if you get bored of the story stuff. It's a cool little addition that, if popular enough, might see more importance and greater integration the next time around. Maybe we'll be catching a sequel to Watch_Dogs with an all co-op campaign. It worked for Assassin's Creed.