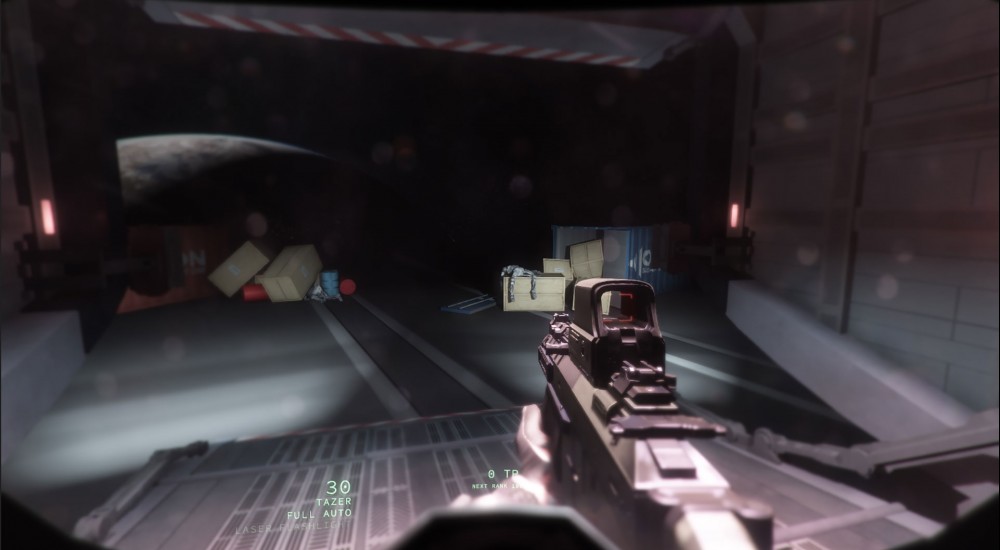 Interstellar Marines has been in development for quite a while, and definitely hit some rocky patches along the way. Luckily, this Early Access title is shaping up to be a fine experience. With single player, multiplayer, and co-op on the table for this sci-fi shooter, it's been an optimistic project from the beginning. I got to interview the game's Creative Director, Kim Jørgensen, while playing the title last week, and damn it was fun. We streamed the session on Twitch (if you don't follow us you should probably do that right now), but here's the footage for those who missed out:

The Neurogen Incident co-op update includes the first glimpse of co-op to Interstellar Marines that we've seen, and Zero Point Software says it's the first of many. If you're expecting a Call of Duty experience here, we need to pump those breaks right now. Interstellar Marines aims to be a sci-fi shooting simulation, and The Neurogen Incident specifically is pretty terrifying. In training exercises at the beginning of your career with the marines, you'll be sent on various tests where you face robots instead of living opponents. In this level specifically, the robots are simulating scientists that have been infected with a virus, which makes them go manic, and later you'll run into bots simulating weapon-wielding security guards. The bots run at you full speed, afraid of nothing. It's almost scarier than if they were humans or zombies, simply because of how lifeless their faces are.

During our play, we encountered a few bugs and things still getting worked on that Kim pointed out, but he later told me that a hot fix was coming out (it should have already launched by the time you read this article) to fix a few things. Lighting isn't quite where they want it yet, but I was pretty impressed by how the whole experience looked. There are a lot of visual settings you can mess around with to make the experience look more lifelike, or even film like.

Lights flicker when you shoot them, sometimes they go out completely (don't shoot them out, it's terrifying) and footsteps thump in your headset as lifeless bots charge at you full speed. The experience pulls you in and keeps you on your toes. The campaign of Interstellar Marines will have two main parts. What we played is the first part, where you are a marine in training. Eventually, you'll pass training, and go on missions across the solar system. Both of these sections of the game seem like they have quite a bit of content included, and it makes me wonder if they will be released in episodes or a similar format.

The stream includes many story details if you're interested in the universe's background and settings, and it was fun listening to Jørgensen share the team's ambitions for the game while we played together. What scares me the most about Interstellar Marines is not the robots void of life, or the thumpings in the dark as I reload my gun, but instead Zero Point Software's ambitions. Hearing their plans for Interstellar Marines both excited and worried me at the same time. While I am all for massive entertainment experiences, I worry ZPF won't be able to deliver what they set out to do. We all know game development is hard, and having a smaller team presents its own unique challenges. I'm amazed by how much the team wants to achieve with this project, and I give them my best wishes in accomplishing those heavy goals. If you’re a fan of Early Access titles, and supporting developers as they create an experience for you, I say take a look at Interstellar Marines. If you’ve never played an Early Access title before, this might be the one that brings you on board.