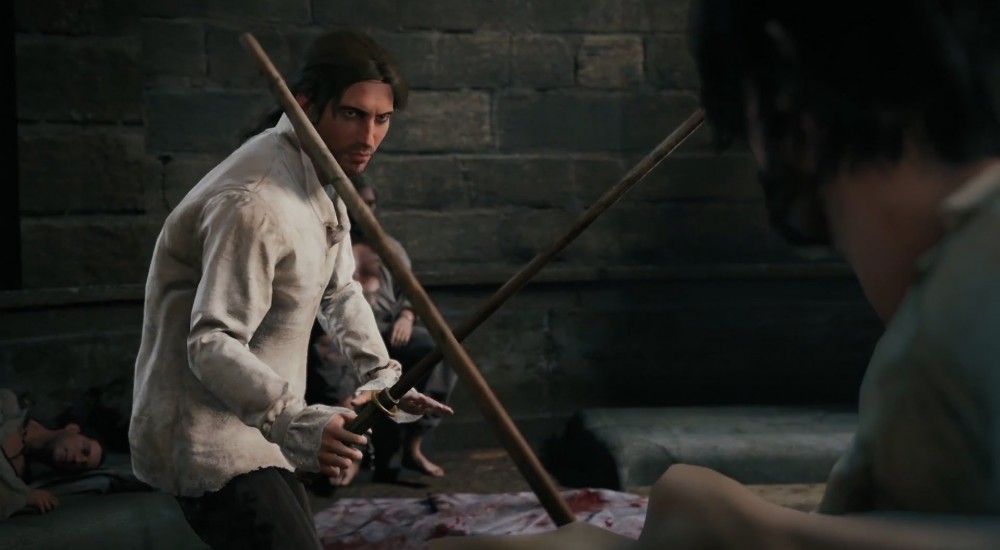 Arno, the star of the upcoming Assassin's Creed Unity, took advantage of his incarceration to learn some wicked-sick fencing maneuvers, which you can check out from this in-game cinematic.

Sure, this doesn't show actual gameplay, but the cinematics are from in-game cutscenes. And boy if those character models don't look great!

If we're subject to this kind of detail in the actual open world of Assassin's Creed, where there are just under a trillion characters on screen at once, I'll be pretty impressed.