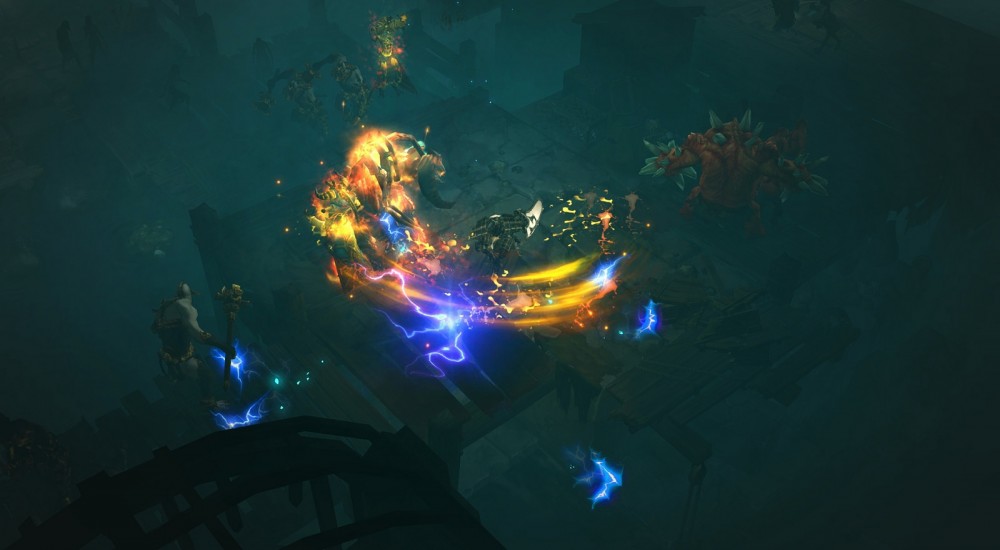 As of today, Diablo III: Ultimate Evil Edition will be as up to date as the PC version of Reaper of Souls. The first major update to the game, patch 2.1.0 gives PS4 players the opportunity to get the absolute full experience of Diablo III, while retaining all the great co-op features the game has to offer. PS4 users will come to expect the same amount of updated content on their version as the PC users. New additions such as being able to venture into The Vault or the The Cesspools, Legendary Gem leveling, and facing the challenges of the Greater Rifts. Seeing as how the Ultimate Evil Edition is doing so well, and one of the best co-op games on the current gen consoles so far, we can help but be excited about all these new features! Here are the full details of the update (listed on the official PS4 blog) to bring them up to speed:

A “What’s New” screen will now appear whenever a player logs into the game (and presses “Start” at the Main Menu) after a new patch has been installed. As the name suggests, this screen will provide a quick overview of new features included in the patch.

Whenever Treasure Goblins are defeated, there’s now a chance they will spawn a new type of portal through which players can enter. Inside this mysterious new realm known as “The Vault,” mighty treasures await… along with Sanctuary’s newest boss: the Baroness Greed.

Please note that portals to The Vault can only be accessed in Adventure Mode, and that they will not appear inside Nephalem Rifts or Greater Rifts.

When adventuring in Nephalem Rifts and Greater Rifts, players will have a chance to encounter a new randomized environment: The Cesspools. Originally designed as the sewers of Westmarch, this festering, dank underworld is ready to explore and plunder!

Please note that Greater Rifts can only be accessed in Adventure Mode.

Ramalandni’s Gift is a new Legendary item that will allow players to add a socket to any weapon that does not already have one. This item can drop randomly in the game world and will be consumed on use.

Legendary Gems are a new type of gem that can drop in Greater Rifts and The Vault and will offer powerful abilities when socketed into Rings and Amulets. Players will have the opportunity to upgrade their Legendary Gems over time by completing Greater Rifts.

Let us know in the comments what you think of the PC and console versions now being neck and neck with each other in terms of content!