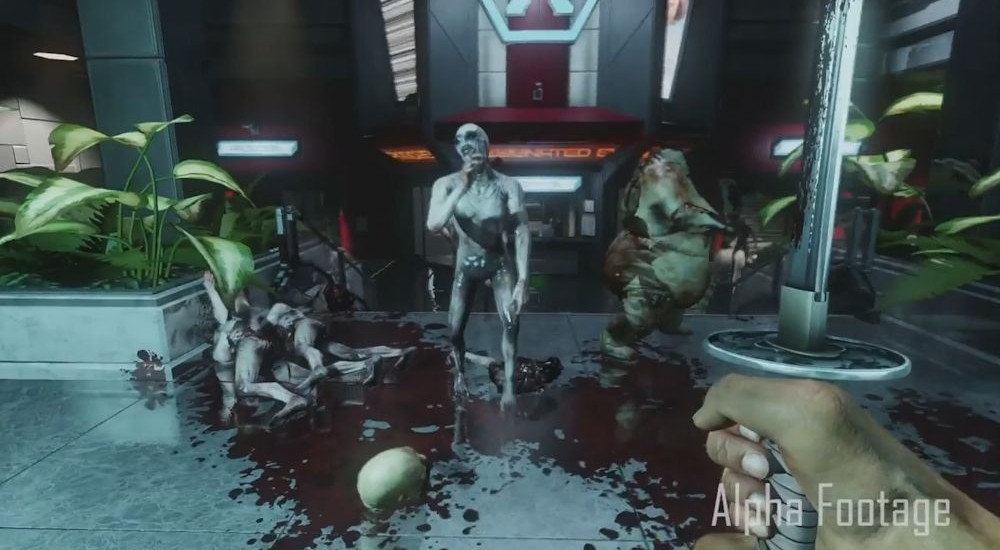 Powered by the Unreal Engine 3, Killing Floor 2 is looking quite a bit better than the original in terms of visuals. There's a lot more to the environments now with lighting and color, breaking away from the more flat look the original possessed.  We were told that the environments would be used to tell the story, with one level shown how the zeds are created from chunks of "meat." Tripwire Interactive really wanted the combat in the game to feel satisfying, so they combined three pillars - bullets, blood and swords. I think you can imagine the outcome.

The star of the game are the "zeds" themselves, those are the guys you'll be shooting. To do this every single enemy has been motion captured, with various animations based on difficulty and style of play. Each enemy can be dismembered by bullets or swords in over 20 locations, with 90 different animations possible for how they behave based on their damage. What this means is you won't see (too much) of the goofy ragdoll style physics happening, instead you're treated with more dramatic kills.

The game is going to feature the same six player co-op gameplay as the original, with players working together to survive waves of enemies. I also got to see a few of the new enemies including this ninja like female character that was able to turn invisible for brief periods of time that looked particularly cool. While the hands off demo was only showcasing one player, it was easy to see how players would need to specialize and focus depending on the enemies being thrown at them.

Killing Floor 2 is scheduled to release on Steam in 2015. From what I've seen fans of the original are going to be pretty impressed with what Tripwire has cooked up for the sequel. You'll also likely be grossed out (or in admiration) of all the gooey blood.