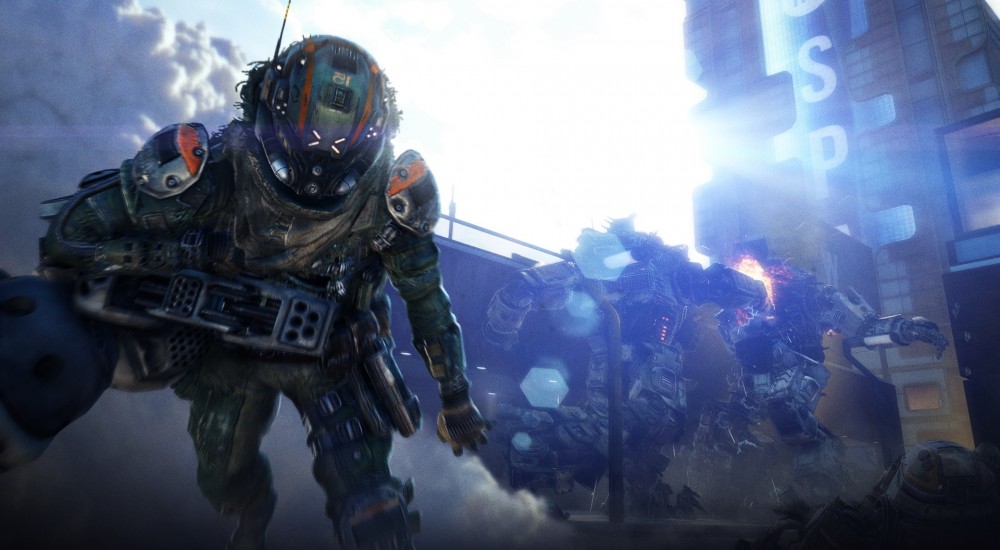 Known mainly for its online multiplayer appeal, Titanfall can now be played cooperatively via a new mode that was implemented. EA recently unveiled a big update for Titanfall, which makes the title that much more worthwhile.

For starters, ranked play, "map stars", a whole assortment of visual enhancements, and some new unit variations are included in this update. Apart from these, we have three new modes scheduled for the game, with the first being available now and is a co-op mode! At the moment, the update and all of its new features are available for free, but for how long is uncertain. Still, a new co-op mode added to the game should be worth checking out if you're looking for an excuse to come back to Titanfall. The cooperative "Frontier Defense" mode features an all new way to play one of the most hyped games of this new console generation with your friends, and not against other people this time. It pits a up to four players against waves of IMC baddies for five levels. As with many Horde Mode gametypes, each wave will be stronger than the one before it, forcing players to work together to hold their ground and defend. Various new enemy types, such as Suicide and Sniper Specters, Arc (drops opponents' shields at close range) and Mortar (launches heavy shells from long range) Titans, add new elements for players to strategize against.

One of these strategies involves the newly available defense turrets, which can be placed throughout the terrain, while another involves Loadout Crates to give players the chance to change their loadouts during the battle. Don't worry too much about dying in combat either: players who are killed return to the battlefield in a dropship that encircles from above, allowing the pilots to unload on enemies before players set foot again! Please check out our special video featuring Frontier Defense and get our impressions of the mode:

This Titanfall update added ranked play, but it is currently in beta until the end of October. Once the beta ends, players of level 32 or higher will have access to ranked play options, with new play seasons beginning on the first day of every month. Furthermore, every Gen10 player will have automatic access to the beta and will be able to invite other players to join in with them.

Lastly, "map stars" have been added for each map in every primary game mode. A star rank will be earned for that map depending on a player's performance, which can net players new Titan Insignia unlockables for obtaining 30 stars in each game mode. Two new Fontier Defense and five new Map Stars completion Insignias have also been added.

For more information on the update and its fine details, please check out titanfall.com.