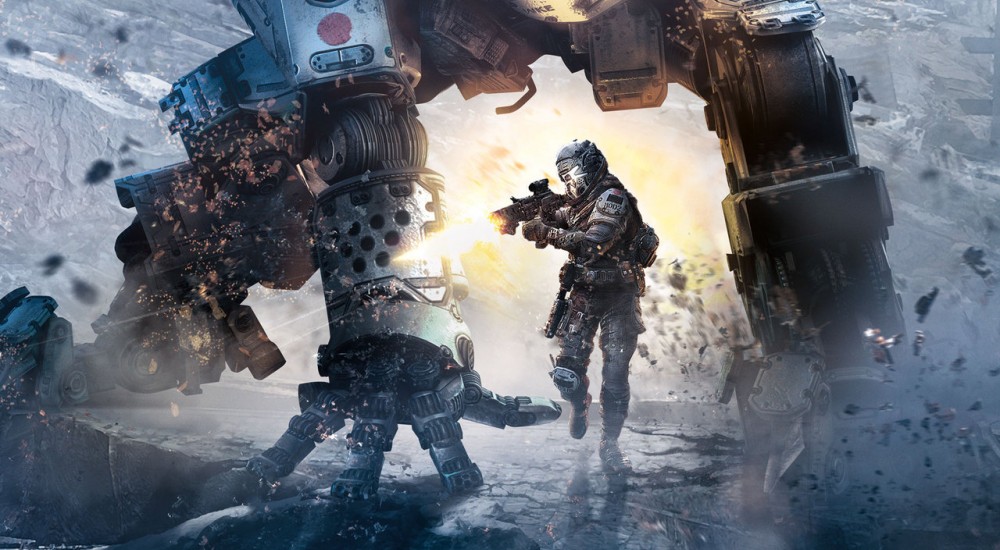 Developer Bluepoint Games has been handling DLC's and updates for the Xbox 360 version of Titanfall, so they've been arriving at later dates that the other versions. Next week, however, we'll be receiving the Title Update 8, which finally brings a co-op mode to the game and other features/modes.

Like the Xbox One and PC versions, Title update 8 will allow Xbox 360 users download the co-op update on Monday, December 1st. The co-op mode "Frontier Defense" features a four-player "Horde Mode" survival gametype, featuring a handful of new enemy units to combat. Along with staying alive, players must also defend key locations from being destroyed. In addition to the co-op elements found in the update, ranked play, which allows players to progress through challenge Tiers while playing against one another, and a couple of new game modes are being added as well. The first mode being offered in called "Deadly Ground", which prevents players from touching the ground without meeting an electrical death. Players must utilize their platforming and parkour abilities to avoid an untimely end. The other mode, "Marked for Death Pro" adds a more competitive, round-based settings to the "Marked for Death" mode.

More info on this Titanfall update can be found in our previous article here.