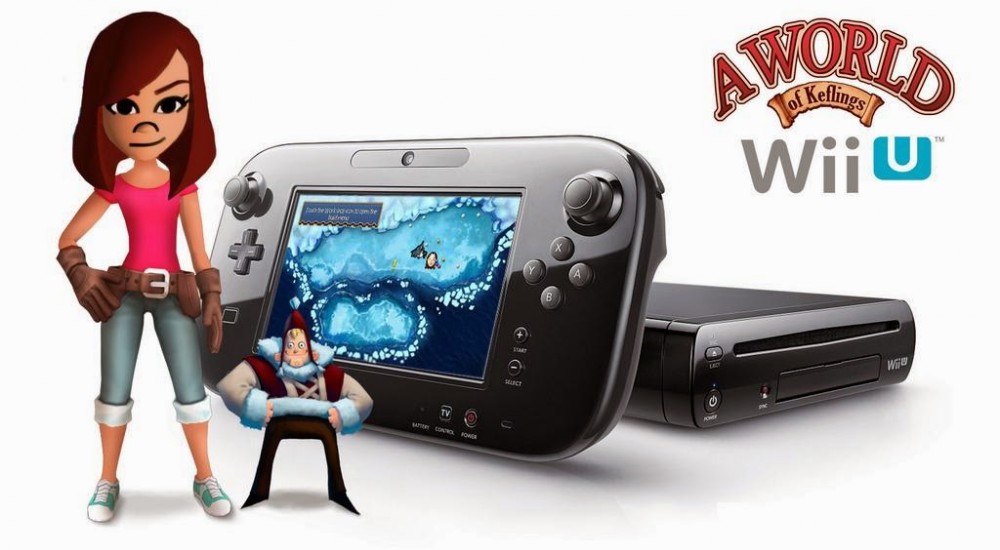 While it's probably too soon to make a joke comparing A World of Keflings to ebola, those little buggers sure are starting to spread. They began on XBLA, moved to Windows 8, and now they're heading to Wii U. Developer NinjaBee recently announced a firm release date for the Wii U incarnation: November 13th, exactly six months before ebola jokes become fair game!

Virusey things aside, let's talk about A World of Keflings, shall we? Broadly speaking, the game is a world building adventure sim where you play as a huge person who orders Keflings around so their kingdom doesn't turn to crap. There's some strategy involved depending on events and characters in the game, but overall it's a creative and surprisingly unique experience. We even reviewed it, and liked it!

The Wii U version is digital only and will cost about $10. The PC and XBLA games used player avatars in the game world, and it looks like Miis will make an appearance here, too. A European release hasn't been mentioned just yet. More than 7 million unique users have already built kingdoms on the other versions of the game, and if the Nintendo console's userbase is as obsessed with cuteness as we want to think they are, the Keflings' numbers are only going to multiply over the next few weeks.

Keep an eye out for A World of Keflings on the North American Wii U eShop in mid-November. Two player local co-op and four player online co-op modes are supported.