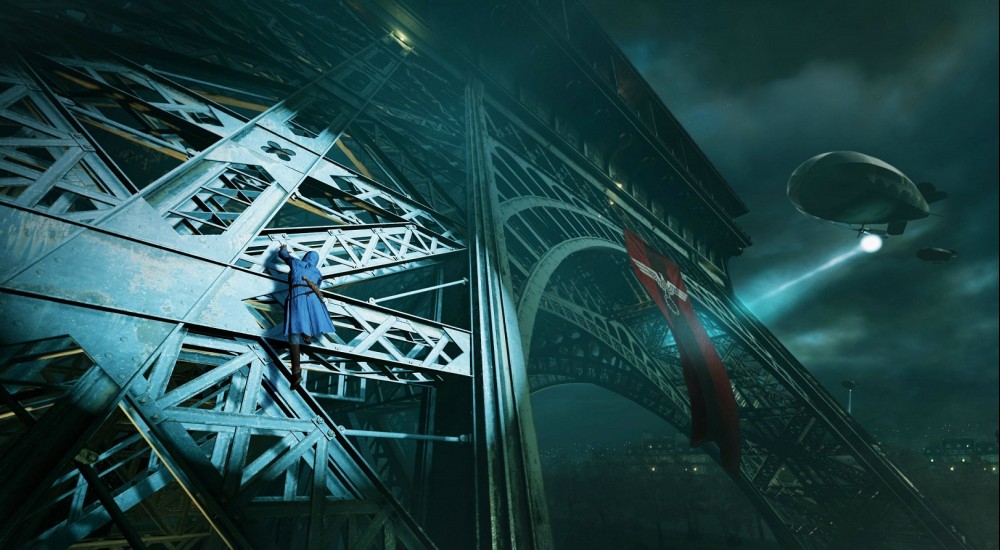 If you’re like me, you probably think that the protagonists of the Assassin's Creed series have had it too good for too long.  Apparently, the head honchos at Ubisoft thought the exact same thing, which is why we are currently gazing at the newest trailer for Assassin’s Creed Unity.  Though brief, it highlights the newest hiccup for Arno to overcome: time anomalies.

Over the course of the series, enemies have been reduced to the point that they could probably be taken down by an errant tumbleweed, or an especially aggressive turkey sandwich.  The introduction of time anomalies means that Arno must now match wits with foes who, at the very least, have a massive technological advantage.  It remains to be seen whether or not these new combatants can hold their own against a late-18th century parkour enthusiast, but a boy can dream.

Despite my desire to see Arno brought down to size, pitting him against fighter planes seems a tad…unfair.  Along with the video, Ubisoft declared that players must, “Prepare for…Anything”, which makes me curious as to what else they’ll decide to throw at us.  Will Ubisoft stick to well-worn territory and throw in a couple secret World War 2 missions, or do they truly mean "anything?"  Should I be prepared to destroy some tank treads, or will I need to teach a calculator the true meaning of friendship?
Unfortunately, very little is answered in the trailer itself.   Count your blessings, though.  At least we don’t have to deal with any more “celebrity” voice-overs.  I’m embarrassed just thinking about it.  If you, too, are dying to see the game sans The Terminator, it hits US shelves on November 11th.