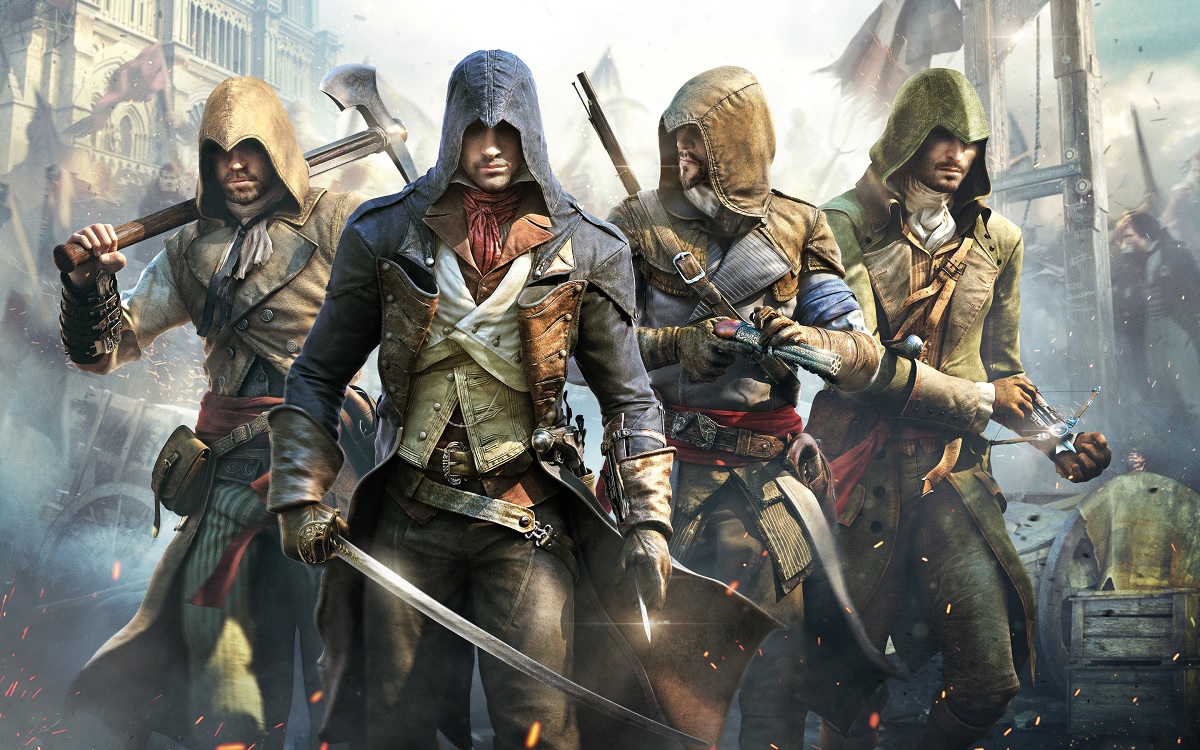 Not content with producing only one Assassin's Creed game a year, Ubisoft have upped the anti in 2014 by producing two.  However, only Assassin's Creed Unity has co-op.  The new trailer for the game introduces some of the characters and the actors who play them.

Unity is being released on Xbox One, PlayStation 4 and PC on the 11th of November.  It will allow up to 4 players to partake in specifically designed missions that occur amongst the solo player missions.  This means that co-op is separate from the story, but will play a role.  How big is this role?  You will have to wait until the Co-Optimus review to find out.