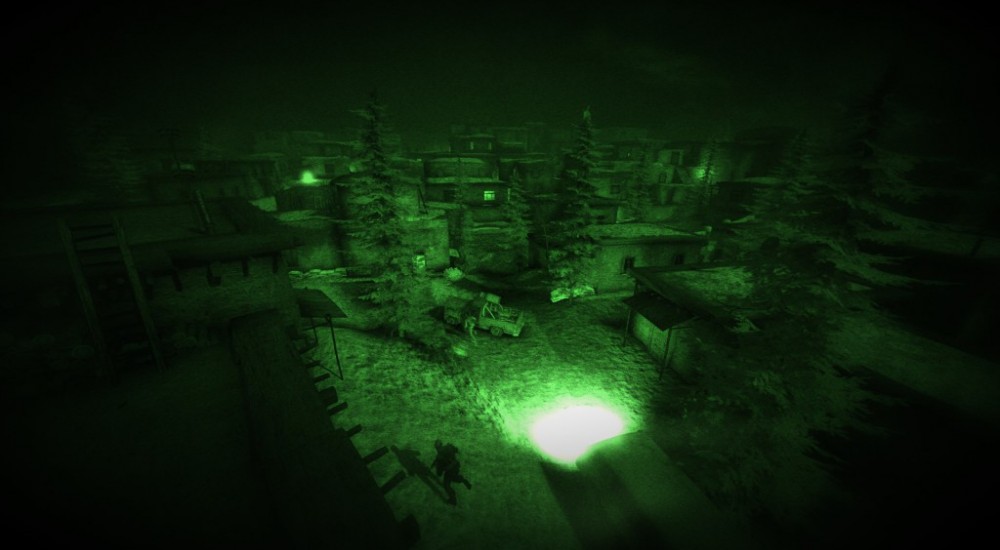 With the wintry encroachment of night looming, it makes sense that Insurgency has released a free DLC pack focused on empowering its players during those cold, lonely hours.  Will this new content, code-named Nightfall, remove the power that the ever-growing darkness holds?  Could it possibly free us from the shackles of the twilight hours and, thus, our own mortality?

Probably not, but let's check it out anyway!

Before we get too deeply entangled in the harsh jungles that are patch notes, let's talk about the new equipment.  New World Interactive has thrown in a couple new darkness-defying items for your custom loadout, should you want them.  If you're the type to sneak through enemy encampments Sam Fisher-style, then the night-vision goggles are right up your alley.  Maybe, though, you just want to scare the pants off of your enemies while also illuminating their terrified visages to your teammates.  In that case, pick up the new flare gun and do your thing.

Of course, these new items would be pretty useless in the daytime, which is why NWI created nighttime versions of all the existing maps.  Not satisfied with merely doubling their map options, they've also added a new map, Verticality.  That's dedication, folks.  If you're interested in seeing these clandestine environments in action, check out the Nightfall trailer:

Finally, a new co-op mode has been introduced.  Entitled "Survival", the new mode forces you and five squad members to stealthily move from safehouse to safehouse, scrounging together supplies in an attempt to survive an endless onslaught of bogeys.  This, combined with the original co-op modes, means that players have quite the selection if they want to engage in a little combat ops from the comfort of their IKEA chair.