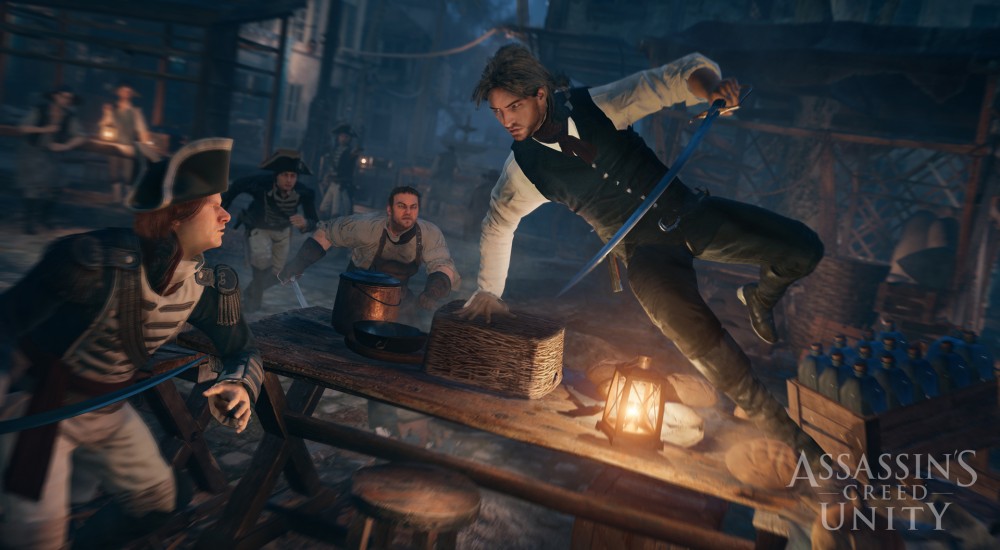 If you were comparing the pricing between major gaming platforms, PC usually wins hands down, even (and especially) on new releases.

Today Assassin's Creed Unity releases for $59.99, but the game just dropped to $47.99 at GMG in their "VIP" gaming sale. In order to see the discount, you'll need to login or create an account, but once done, you're getting the game for $12 less than the console competition (or, the PS4 version anyways).

All the AC Unity Deals:

Assassin's Creed Unity, of course, activates on Uplay for the PC. GMG will reveal and email you the Uplay key after purchase. Take note that the Season Pass that GMG is selling only works for the Uplay version of AC Unity (so if you've bought the Steam Store version, this won't be compatible!)

GMG's 23% coupon is only valid through part of this week. It expires on Friday, November 14th at 8am Pacific or sooner. The Season Pass includes three new missions, a new story campaign - Dead Kings, and access to the standalone game Assassin's Creed Chronicles China.

If you're a console gamer miffed at the pricing disparity, Xbox One gamers'do get a bit of savings for release week via powersellers on eBay. Quantities on these are usually limited to a few hundred'copies so we don't expect the deal to last. For this particular deal, sales tax is charged in CA and GA only at the rate of 8% and 7% respectively.

These particular Xbox One copies of Unity includes "Limited Edition" imagery on the box cover of the eBay page, so'they may contain pre-order goodies, but no guarantees are made on that as the product description doesn't specify anything. YMMV in this, but in either case the $10 savings is for real.