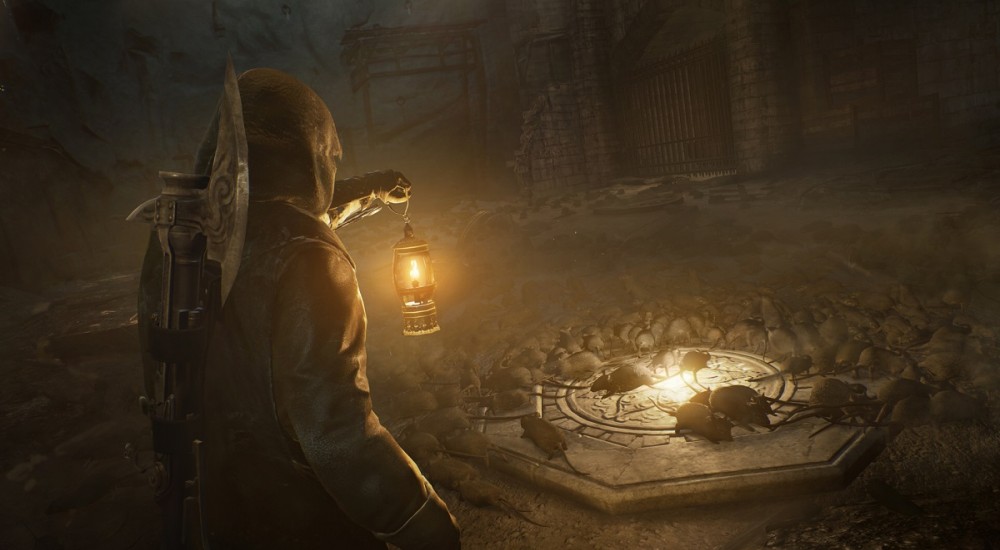 Ubisoft announced today that players will soon be able to download a free DLC campaign, "Dead Kings", for Assassin's Creed Unity. Leave the streets for a little while and make your way underground to discover the secrets of the crypts.

Available on January 13th, players will have access to the "Dead Kings" DLC for free. Take assassin Arno through the underground tomb expanse of the former French kings, which takes place after the events of the main ACU campaign. Arno travels from Paris to Saint Denis, a city that contains both the crypts of dead French kings and great mystery, on a mission to explore the vastness underground beneath the Basilica. Of course, what is a new area to explore in the game without a new enemy to face? The Raiders are your foes throughout these catacombs, with new items and weapons to face them: a lantern and the powerful Guillotine gun (the trailer below shows this off well). Along with the main campaign to follow in Dead Kings, there will be tons of new open world activities and side missions to do, such as co-op missions, enigmas, and Murder Mysteries. Don't forget that any new weapons, gear, or outfits unlocked within either ACU or Dead Kings can be carried over between the two. Again, this DLC will be available for all current gen console and PC owners.