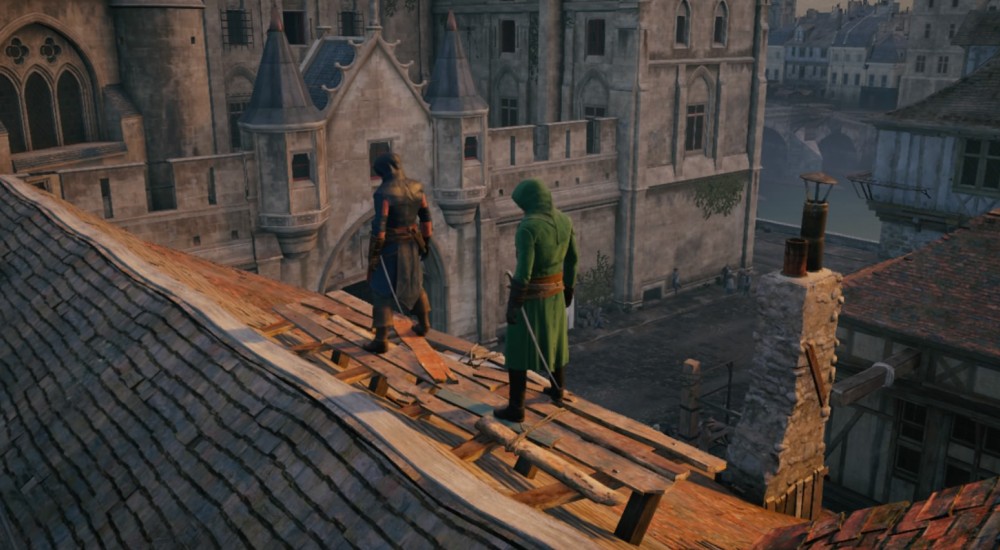 Today is a day for apologies apparently. Ubisoft have issued a formal apology for the state of Assassin's Creed Unity at launch - one in which an upcoming patch is needed to fix over 300 bugs. Obviously people are upset and wonder how a AAA title can be released in such an unfinished state. It looks like Ubisoft wants to try to make amends by offering some free goodies.

It looks like Ubisoft is REALLY taking care of Season pass holders, offering them new releases like Far Cry 4, The Crew, and others free of charge. Everyone else is going to get the first DLC, "Dead Kings" free as well.

If you purchased the Season Pass or Assassin’s Creed Unity Gold Edition (which includes the Season Pass), you are eligible to choose one free game from among a select list of Ubisoft titles.* These are:

We are currently setting up the system to process this offer. We will provide an update on how to claim your free game soon.

Yup, everyone of the eligible games are co-op. Sweet. Here's the full apology.

The launch of Assassin's Creed Unity was a highly-anticipated moment for me and for our development teams around the world who dedicated a tremendous amount of energy, passion and skill to the game's creation. For us, it was the culmination of years of work on new technologies, the development of multiple innovations -- including an all-new game engine -- and an evolution of the Assassin's Creed franchise's core pillars. More importantly, we know that it was a highly-anticipated moment for many of you as well, as you looked forward to taking part in the first truly next generation Assassin's Creed game.

Unfortunately, at launch, the overall quality of the game was diminished by bugs and unexpected technical issues. I want to sincerely apologize on behalf of Ubisoft and the entire Assassin's Creed team. These problems took away from your enjoyment of the game, and kept many of you from experiencing the game at its fullest potential.

We've been working hard to fix the problems players are reporting, and the patches we have released so far have resolved many of them. Today, we're releasing our third patch, which fixes a variety of specific issues related to the game's stability and performance, matchmaking and connectivity, gameplay and menus. You can find the release notes on that patch HERE.

To show our appreciation for your continued support, we're making the upcoming Assassin's Creed Unity Dead Kings DLC free for everyone. For Season Pass holders, we will also offer the choice of one additional game from a selection of Ubisoft titles for free. More details on the offer for Season Pass holders can be found HERE.

In addition to the latest patch and this offer, we are committed to delivering further fixes for other issues you've raised. In the meantime, please keep your feedback coming – it has been both humbling and incredibly helpful as we continue working hard to improve the overall quality of the game. We are hopeful that with these forthcoming updates, everyone will be able to truly enjoy their Assassin's Creed Unity experience.

We will continue striving to make Assassin's Creed one of the most ambitious and innovative franchises on the market, and we thank you for your continued loyalty and support.

A FAQ on what you can get and if you are eligible is available here. Does this make up for the botched launch?