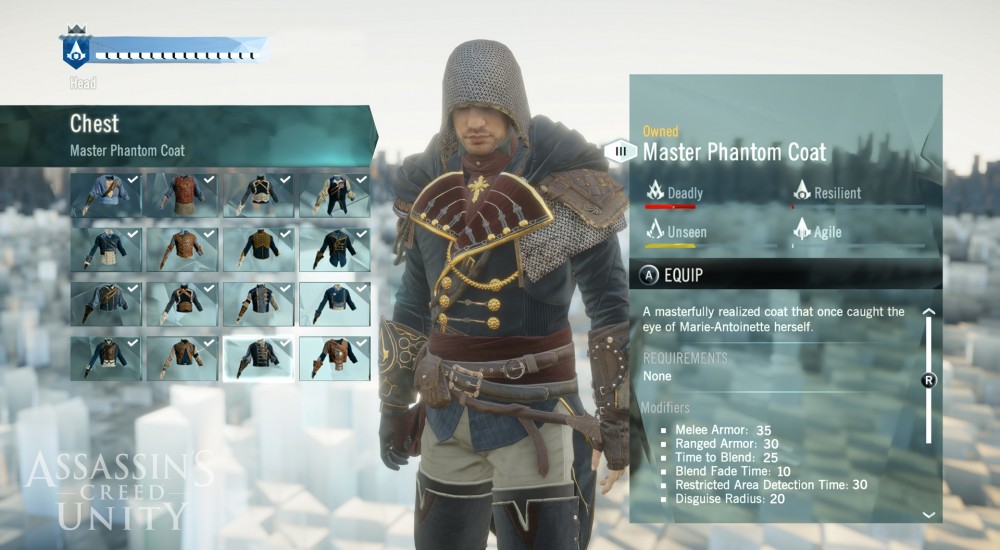 A new trailer details the new co-op and customization features for Assassin's Creed Unity. As two of the most requested features in the franchise, it's time to find out if we're really getting what we want.

In previous franchise entries, weapons and skills were unlocked through strict progression, either in story or via currency. Players had little choice in customizing their assassin's skill set beyond extra ammunition pouches or specific weapons. Assassin's Creed Unity brings some RPG-like elements into the mix, allowing players to build their character while focusing on combat, navigation, or stealth. Sort of like talent trees, but not completely, each skill or asset changes how you'll play the game. For example, equipping a lower profile hood will allow you to blend better with a crowd and use Eagle Sense from a longer distance.

These customization options also transfer in to co-op play, and are complimented by team abilities. One ability allows a player to share eagle sense with his comrades, while another disguises the team to look like normal, everyday citizens.

Also in co-op is a player rating system. Details on this are still fuzzy, but we're hoping it can make the experience better when playing with random assassins online.

Assassin's Creed Unity launches November 11 for PC, PS4, and Xbox One. Be sure to check out or co-op review on launch.