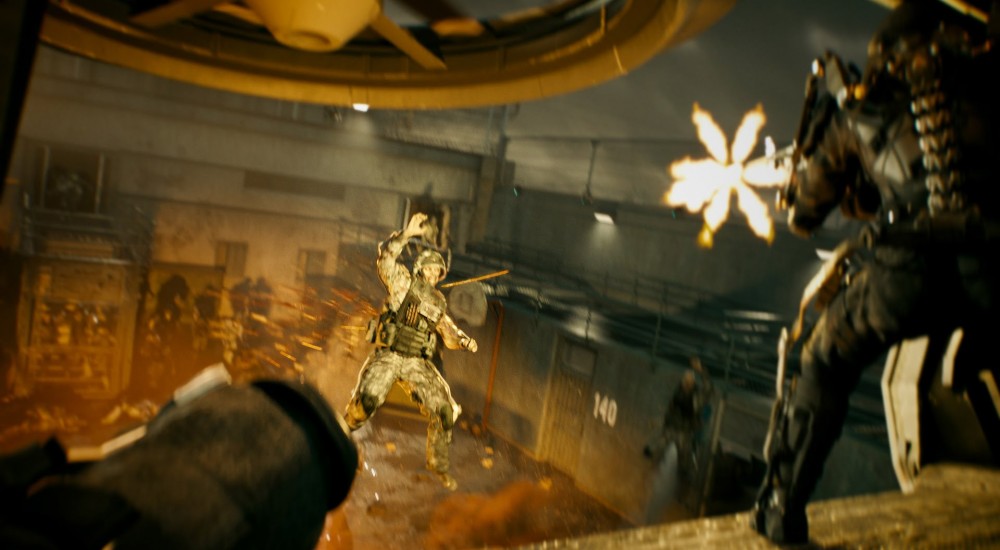 Sledgehammer Games' critically acclaimed installment into the annual FPS franchise, Call of Duty: Advanced Warfare, contained a whole slew of improvements upon its predecessors.  From the Kevin Spacey-led campaign to multiplayer's added verticality, it was largely regarded as the best entry in recent memory.  Although Advanced Warfare retained most of the modes one would expect from the series, it was missing a core feature when it hit shelves one month ago, that being the wave-based "Zombies" mode.  Thankfully, Sledgehammer has finally decided to lift the curtain off of their take on the 4 player co-op mode.

Check out the unsettling teaser trailer:

According to Sledgehammer, players who had beaten the "Riot" stage in the current co-op mode, Exo Survival, would have already seen this trailer.  It's kind of them to take pity on those of us who were unable to complete the task, or too busy hurling obscenities into their competitive multiplayer lobbies to even notice that a co-op mode existed.  Nevertheless, Exo Zombies seems to incorporate all of the weaponry and body augmentations that set the rest of the Advanced Warfare apart from its arcade-shooter brethren.  It's a good thing too, given that the zombies shown in the trailer have a vertical leap that lies staunchly in "Sweet Merciful God" territory.

Exo Zombies will be released as part of the Havok DLC pack, which can be purchased individually or obtained via the Season Pass.  While you're waiting for its release, you may as well look into brushing up on your survival skills in Exo Survival, which you can find more info on here.  Barring that, I'd recommend spending some time wondering about the logistics of a zombie basketball game.  I bet they're really good at the head fake.