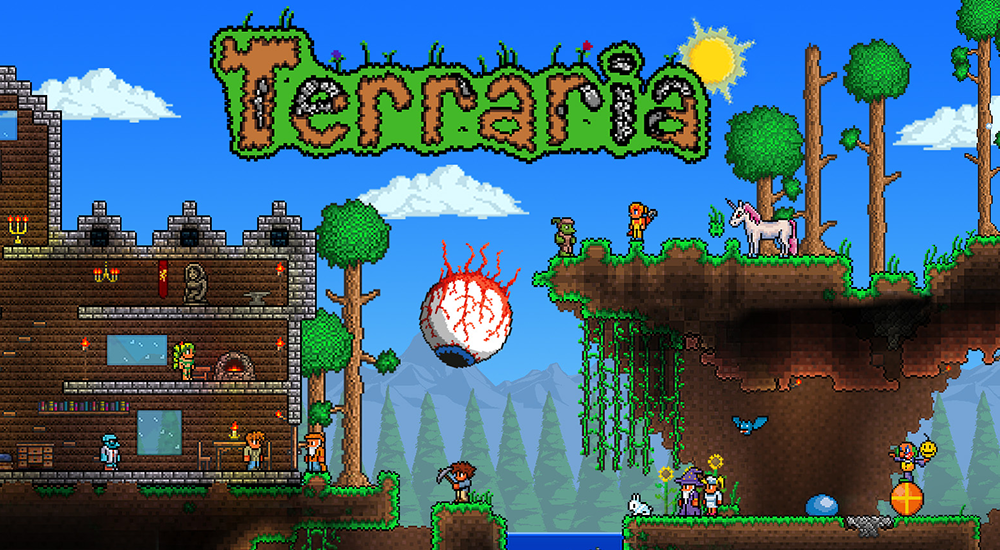 Ever since the big (no, the HUGE) 1.2 update was released for the PC version of Terraria, owners of the console and mobile ports wondered when they were going to get a taste of the good stuff. At long last, Android and iOS users can enjoy the latest Terraria goodies on their little portable devices!

Just in time for the season where that fat guy in the red suit comes 'round, Terraria mobile gets its share of goodies thanks to the new release. Tons of tweaks, updates, additions and extras have been added in the 1.2 update, including over 1,000 new items, 100 new enemies, four new bosses, and something about a gun that shoots rainbows. Yeah, the extras are way too big to list, but this handy bullet point thingie should get you started:

Also on the agenda is a fun holiday package that's only going to be available for a limited time. This includes a Santa Claus suit for your character to wear, a new Christmas pet named Elfa, and enemies who leave behind Christmas presents once defeated. Aww, such holiday cheer.

The 1.2 update is currently available for the Android and iOS versions of Terraria. The Windows Phone update is coming in the following weeks. Believe it or not, the mobile port supports local co-op for up to four players, each mining and building on their own devices.