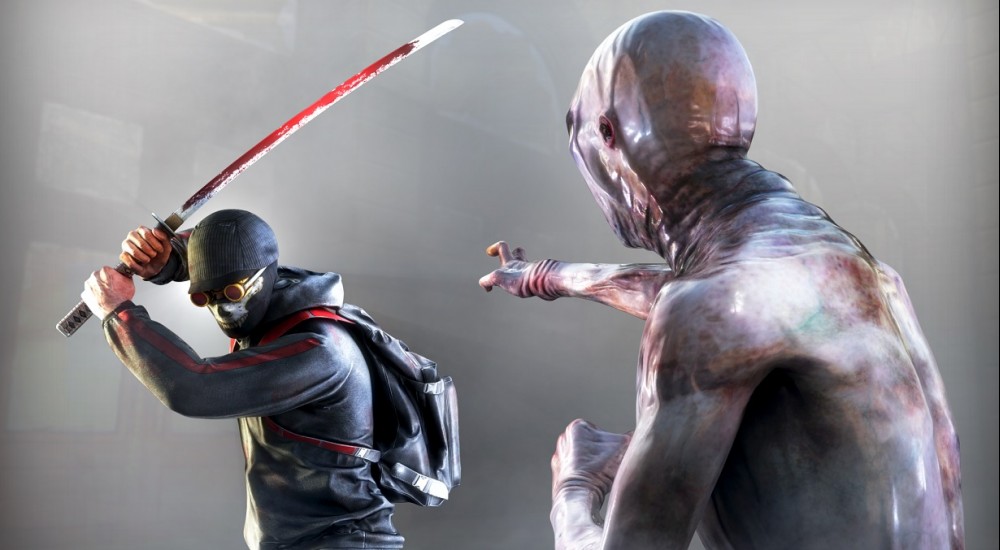 The Zeds are back, and they're coming for your high definition graphics!  Killing Floor 2, the followup to 2009's incredibly British co-op FPS bearing a similar name, has been announced for release in 2015 on Playstation 4 (alongside PC, of course).  Among the myriad of news stories coming from last weekend's Playstation Experience, Tripwire Interactive revealed to the world that they would, for the first time, be debuting their horrific take on zombie survival on a major console.  As anticipated, their announcement trailer is filled with the sick guitar riffs and zombie mutilation we've come to expect from the series.

I was slightly disappointed the trailer showed no mention of a weapon that screamed "Gov'nah" so intensely that the Zeds' heads exploded into packets of Earl Grey, but that lasted for mere moments once I read what's changing in the upcoming sequel.  First and foremost is the introduction of the appropriately named M.E.A.T. system, whose purpose is to make the game even gorier with each Zed dismemberment as they fling more blood, limbs, and intestines all over the battlefield.  With that in mind, slicing my way through an undead horde and slinging profanity I don't quite understand may very well be the very first thing I do upon release.

Of course, the game's six player class-based co-op mode returns, along with an expanded perk system intended to make the progression path much more expansive and satisfying.  New ways to murder Zeds ranging from makeshift bombs to "Mad Scientist" weapons will also be found somewhere among the piles of previously attached zombie limbs.  If you're primarily a console gamer and have no experience with the original Killing Floor, our very own Nick Puleo was lucky enough to see a demo of the sequel at the New York Comic Con, so I'd recommend reading up on his impressions to get a glimpse of what awaits you.

I'd also recommend reading up a bit on British slang, just so you know how to respond when one of your teammates yells, "I'm bleedin' knackered!"  Here's a hint: they're not asking for a dance.