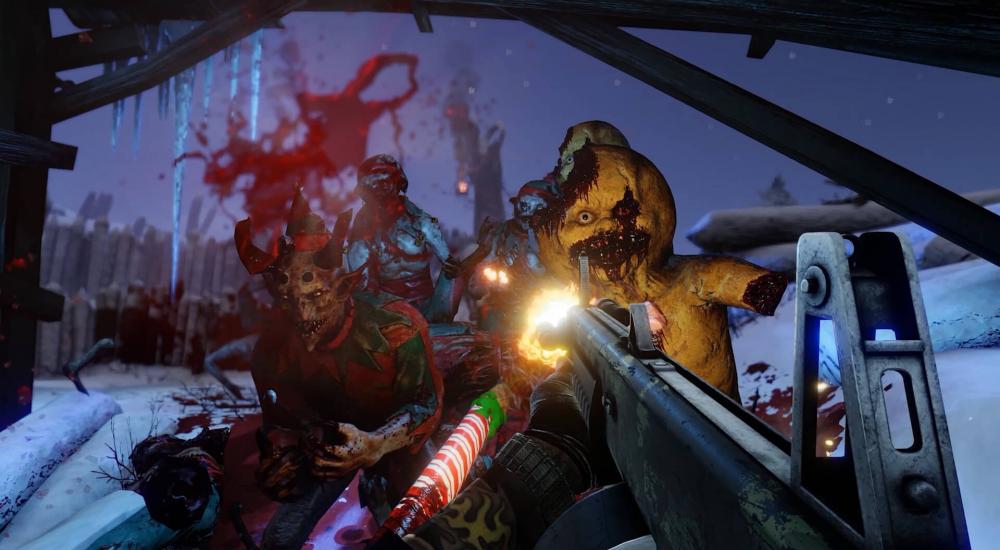 Since its release in late 2016, Killing Floor 2 has been chugging along with all kinds of updates and seasonal events.  The most recent of these involves the most terrifying of all wintry creatures, Krampus.  Are you brave enough to take him down?  I mean, to be honest, you probably aren't, but you may as well check out what all the update is adding anyway.

As with past seasonal events, the Zeds will look distinctly holiday-ish (sans the joy and cheer), and if players can survive their red-and-green onslaught, they'll get a chance to take down the aforementioned K-man.  All this takes place on a brand new holiday map, which features a "demented Xmas soundtrack".

Of course, it just wouldn't be in keeping with the spirit of the season if the game didn't add a few dozen seasonal items (such as adorable pajamas), along with the distinctly non-seasonal UMP submachine gun for the SWAT perk.  It's a good thing the game sports online co-op for up to six players, cause a pajama/murder party just isn't the same when you're by yourself.

Be sure to hop on and check out the event soon, as it only runs until January 9th.