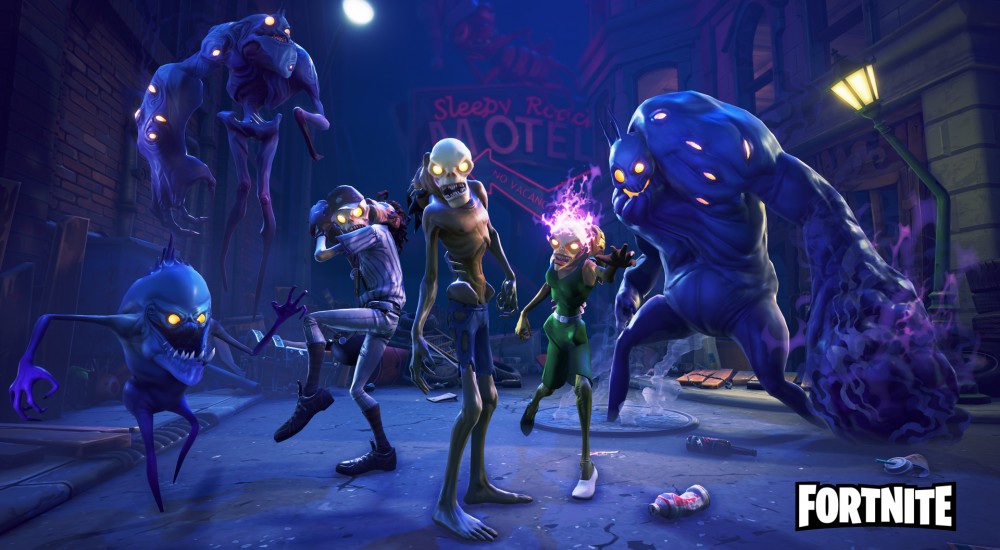 As it turns out, Fortnite isn't just a 4 player co-op survival/exploration game.  It's also got hot fashion tips, like wearing your skin as a hoodie!  All your friends will be talking about the hot new trend you're setting by revealing your hideous, potentially deformed skull to the world and using what used to be your face only to protect your face-bones from the elements.  At least, that's what they would be saying, if you had any friends that didn't scream in terror at the sight of you, or if you were alive at all.  Did I mention you're not alive?  Cause you're not.  You're wearing your skin as a hoodie, you damn monster.

Monster is probably the most accurate way to describe the Husk, one of the types of creatures you'll encounter during your escapades in Epic Games' Fortnite. It turns out that the game didn't always feature an especially cartoony art style, as the developers originally intended for it to emit a much darker, more serious feeling.  That's enough from me, though, how about you check it out for yourself:

The ability to about-face the artistic direction of your game is quite the impressive feat, but no less than what I'd expect from industry veterans such as Epic.  It's also encouraging to see the team who developed the Gears of War series be able to take themselves not quite as seriously.

Fortnite, which began alpha testing earlier this month, is a free-to-play survival sandbox game in which you and your buddies spend your time exploring, gathering supplies, and building a defensible structure in order to make it through each night with your skin presumably still on your skull.  It's due for release on PC in 2015, though the developers have been reluctant to get more specific than that.