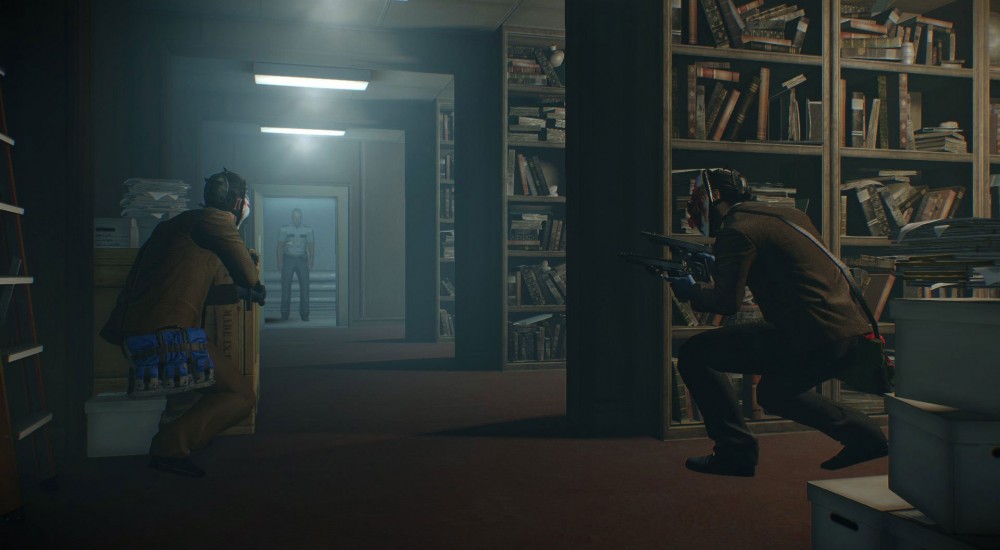 Growing up in a rough part of town is hard enough as it is, but it's especially difficult in the Payday 2 universe, where everything is getting robbed all the time forever.  It's no wonder that the newest character added to the game, Clover, is a lady that's not afraid to brain somebody with a shillelagh at the drop of a hat.

Alongside the latest Diamond Heist expansion, Overkill Software also released the Clover Character Pack for their 4 player co-op FPS, which allows players to live out their lifelong dream of robbing banks as an Irish stereotype.  Besides the cosmetic differences, Clover also comes with her own unique perk called Burglar, which allows her to accomplish tasks such as bagging bodies and picking locks more efficiently.  She's not just adept at utility skills, though.  Due to her tough upbringing, she also has a higher tolerance for pain than her companions, giving her the ability to heal from wounds quicker. Of course, what would a Payday 2 expansion be without new masks and weapons?  Clover comes equipped with her own unique mask and the L-95 assault rifle, which she's titled The Queen's Wrath.  What if her adversaries decide they want some good old-fashioned CQC, though?  The most likely answer is that they'll get her melee weapon of choice, a shillelagh, right to the dome.  To be honest, though, if I saw this lady blasting away at my fellow cops with an assault rifle, I probably wouldn't be the first to challenge her to a round of fisticuffs.

If Clover sounds like your character of choice, the character pack is available on Steam right now for $4.99, and what better way to see what she's capable of than tackling The Diamond Heist, released concurrently for $6.99!