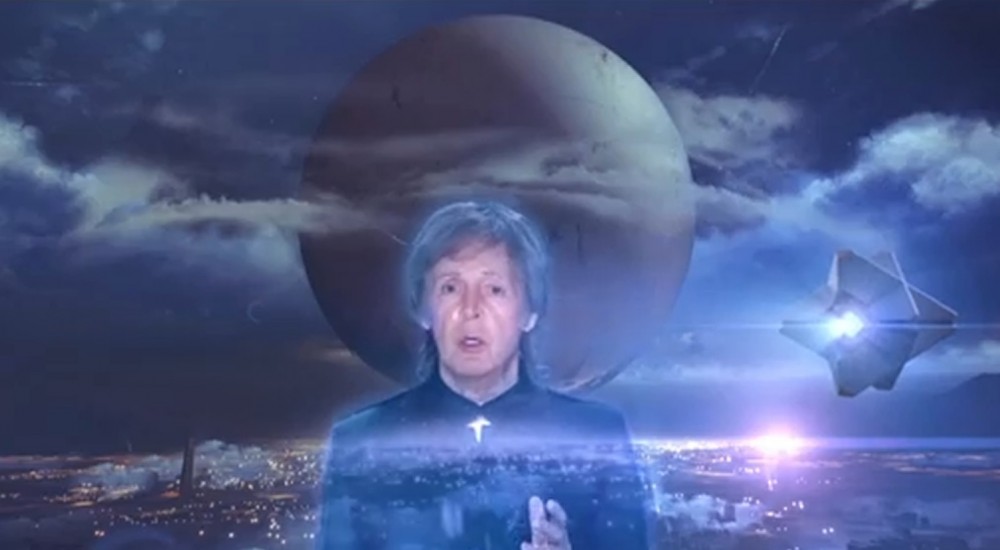 These days, it's apparently in fashion for top secret information to wriggle itself into the open arms of the public. A photo taken from what appears to be a secret Internal meeting at Bungie found its way onto the internet earlier this week. The alleged photo details the next two years for Destiny, including expansion pack release dates, "Game of the Year" information, and even info on Destiny 2. Obviously, we don't have any official word from Bungie on the matter, since they'd much prefer this info stay under wraps. However, this image appeared on the Bungie Forums, where it was brutally seized and shut down by the moderators. Feast your eyes upon potentially insider knowledge. Here's hoping the person who leaked this photo wasn't whisked away by the Bungie Secret Police to an undisclosed location in the desert.

Here's the current timeline, as foretold by this leak.

The second big Expansion Pack, "House of Wolves," drops on March 15th, 2015. Centering around the Fallen, we expect it to offer a similar amount of content compared to the "Dark Below." A handful of new story missions, strikes, and a Raid.

Sometime in September 2015, coinciding with Destiny's one year anniversary, a massive expansion is expected to drop. Titled "Plague of Darkness," it is by far the most content since the initial Destiny experience. In addition to a Raid, a few strikes, and a new patrol area titled "Hive Ship." "PoD" is expected to have 12 new story missions. Three new sub-classes are also being added, in addition to two more weapon types.

Around that time, a "Game of the Year" edition of Destiny is supposed to hit store shelves. Codenamed "Comet," that product includes the base game and all three expansions.

The fourth expansion is due out March of 2016. You can't quite make out the full title in the photo, but it does include the term "Vex" in it, leading us to believe if focuses on those particular bad guys.

Summer 2016 sees the final expansion pack to the first Destiny. If each expansion focuses on a specific bad guy, this one will center on the Cabal. The expectant title is "Forge of the Gods."

We already know Bungie is on the hook for a Destiny 2 sometime between late 2016 and early 2017 due to contractual obligations with Activision, so expect that to come out between then.

What do you think? Accurate info deposited by someone eager for the truth to be known, or a soulless internet troll giggling at the spread if misinformation?