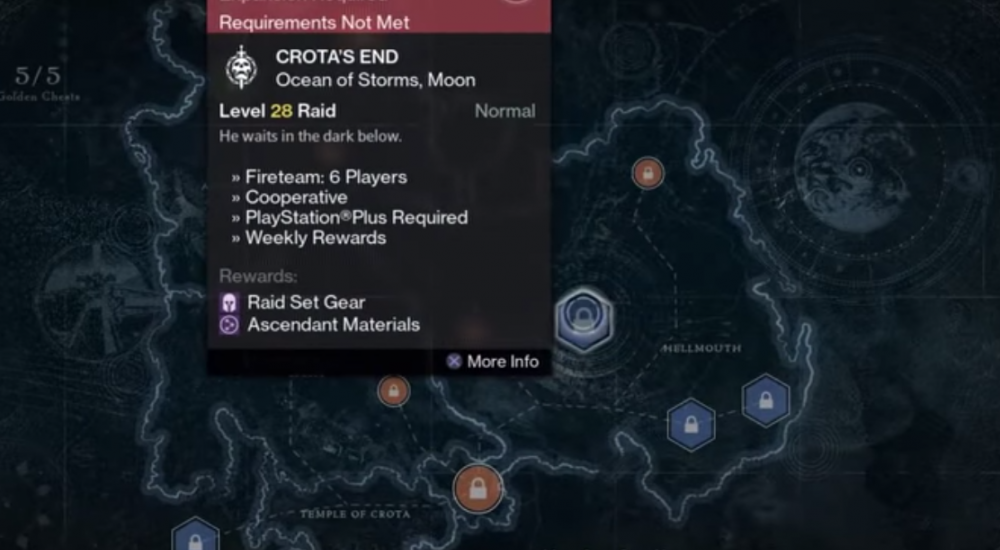 A few days ago, players found an in-game glitch that revealed some of the upcoming DLC content for Destiny, "The Dark Below" and "House of Wolves". Bungie later confirmed the content was indeed real and that it's a work in progress.

While Destiny seems to be somewhat lacking in variation and story, players are looking towards the expansions to help fill the void. Luckily, some have discovered a bug that unveiled some detail regarding the game's future DLC's, revealing some new Moon missions (such as "Crota's End") and the Vex's attempt to revive the Black Garden on Mars. There's also to be a new raid mission within the Reef sector, but little-to-no info was left explaining its background. A Youtube video posted by Scott M was discovered that showcases this information too:

"We noticed that you noticed that we already have plans for upcoming content packs in Destiny," DeeJ explains. "We do! They have activity names (which may or may not change) and we have a really good idea what they're going to contain. They even have placeholder nodes in the Director, as you've already discovered. But neither of the Expansion Packs we've announced are finished."

While he does say that the DLC's are not yet finished, this does confirm that Destiny has game content already locked on the disc. "The Dark Below" will be coming to Destiny this December, followed by "House of Wolves" next year, so there isn't much longer of a wait before they arrive.