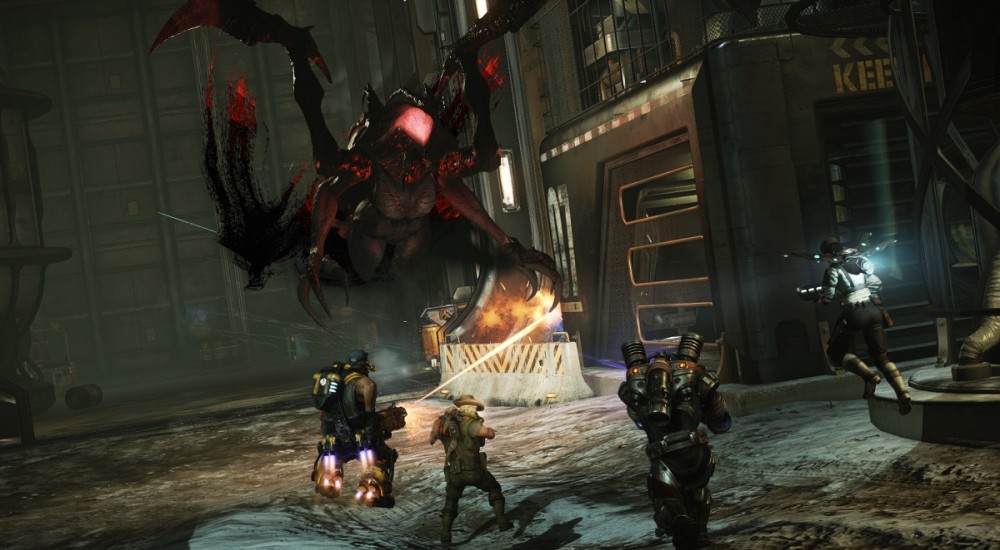 As many of us already know, the Evolve Open Beta will begin on Thursday, January 15th on Xbox One. For the folks who own the console, we have some good news regarding some gameplay that you'll be able to experience during this test period.

A few weeks ago, we got the first bit of information about the third playable Monster, the Wraith; a speedy, teleporting monster of pure terror. In addition, we've learned about the most recent Hunters to be revealed by developer Turtle Rock Studios: Parnell, Abe, Caira, and Cabot. Well, Xbox One players will be happy to know that all five will be playable in this upcoming Open Beta! However, there is one small catch for them to be playable... As a special preorder deal, Xbox One players will get exclusive instant access to playing these four new Hunters and the Wraith so long as they pre-purchase the game before or during the Xbox One Open Beta test next week. This deal will also guarantee that these characters will be unlocked for the full fledged game that releases on February 10th.

Meanwhile, while Evolve is currently off being manufactured onto retail discs, Turtle Rock produced this little intro cinematic to celebrate the milestone. It's gives us a taste of what sort of co-op goodness is coming; darn epic too:

Also, before we let you go, anyone who intends to play this on PC that wants to know the specs of the game early, here's the list for you to dig into. Enjoy!

Not sure if you have the right hardware for the job? You should check out NVIDIA’S GPU Analyzer to see if your PC is ready for Evolve.

Also, here’s a couple quick answers to two other questions that keep popping up in the forums:

How much can we tweak the settings?

You can adjust a fair bit through the menu system – here’s a quick look (in case you breezed past the screenshot at the top of this story):

What about 4K resolutions and SLI support?

The game supports 4k resolutions right now. HOWEVER, there is no support for SLI out of the box. Our teams are working on that and hope to get SLI support into Evolve as soon as possible. As soon as we have more info to share here, we will!