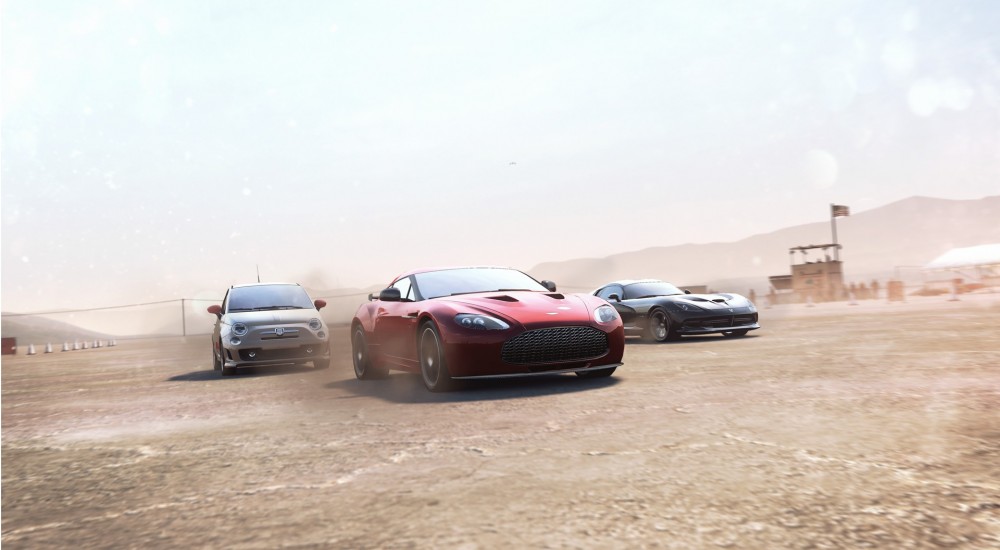 Ubisoft, developers of The Crew, had a rough 2014.  I'm not one to make musical comparisons, but I'd be willing to bet that more than a couple employees over there considered "This Year" by The Mountain Goats to be their anthem by December 31st.  Nevertheless, they survived the year and even managed to eke out a GOTY contender, Far Cry 4, in the process.  If history is at all predictive, 2015 should be the year of their redemption, and a portion of that redemption should come in the form of DLC releases for their 2014 titles.

The Crew has just recently embarked on its own DLC release schedule, beginning with "The Extreme Pack", which I'm assuming is a reference to Ubisoft's decision to start living life on the edge now that they've experienced the pits of true sorrow.  The title sort of sounds like something a middle schooler would call his crew of like-minded tweens, but you should probably check out the DLC's release video to see if the name is fitting.

I must confess that I don't know much about cars and their various mechanisms, but "Extreme Paint" doesn't sound like something that's uttered too often within the walls of body shops.  Having more options is almost never bad news, though, and the four new missions that come with the additional cars should breathe a bit more life into the four player co-op gameplay.

It wouldn't be a AAA title without a Season Pass, of course, and those who already purchased the pass were given access to these vehicles a full week before release.  The pass, available for $24.99, promises to offer the same perk for the next three car packs.  If you're dying for more ways to experience France's interpretation of the US highway system, and also hate waiting, then it's definitely worth looking into.