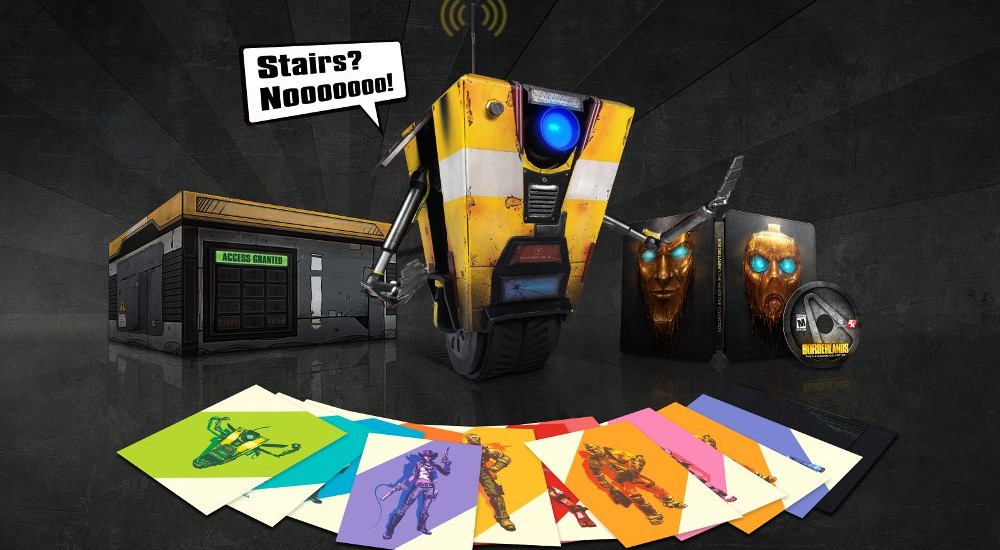 2K and Gearbox have announced Borderlands: The Handsome Collection is on its way to next-gen consoles in late March! The pack shoves Borderlands 2 and its follow-up Borderlands: The Pre-Sequel together in a tidy high definition package retailing for $59.99. It's the first time both games will be available on PS4 and Xbox One, and it's also the first time four player local split screen co-op is available!

Both games in The Handsome Collection come with a ton of DLC, character additions, headhunter packs and add-on content. The purchase even includes a season pass for Pre-Sequel, netting you new content in the future. And if you've already logged approximately 482 hours in the borderlands universe (that's a random number in no way related to my own playing time), you can transfer your saves from previous generation systems, PS3/Vita to PS4 and Xbox 360 to Xbox One.

In case it's splurge time for your bank account, Gearbox is offering a limited run of 5,000 Borderlands: The Handsome Collection Claptrap-in-a-Box Editions that come with remote controlled Claptraps that talk and stream live footage from their eyethings. It'll cost you $399, but you're probably already thinking of insane things you can do with that little robotic guy, aren't you?