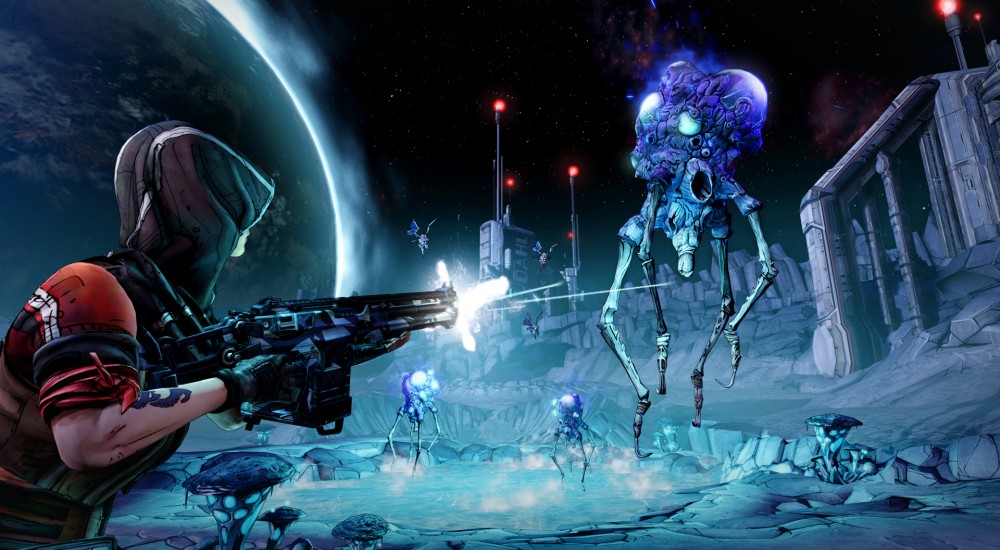 There were some rumors floating around the interwebs yesterday about it, and today, 2K and Gearbox Software have confirmed it: there's a new Borderlands hitting the store shelves this fall. Dubbed Borderlands: The Pre-Sequel, the game takes place after the first Borderlands game, and just before its sequel, Borderlands 2.

In addition to the new environments, Borderlands: The Pre-Sequel also includes four new playable characters: Nisha the Lawbringer, Athena the Gladiator, Wilhelm the Enforcer, and Claptrap the Fragtrap. Yup. You can now dispense lethal amounts of lead as Claptrap. It's some fan's dream come true!

From the official announcement from 2K and Gearbox:

Borderlands: The Pre-Sequel is currently in co-development by Gearbox Software and 2K Australia, and will launch in fall 2014 for Xbox 360, PS3 and PC.

A "developer overview" was also released that features Gearbox President Randy Pitchford and 2K Australia GM, Tony Lawrence, talking about the game's premise and some of what's in store.

There aren't a lot of other details right now about the game, such as firm release date, price, or if any co-op features will be different from previous versions. All that we do know... is that it only knows two facts about ducks, and both of them are wrong.

Sorry, slipped into "Clarkson" mode for a second there. For now, we're all just on the hype wagon. While you're there, enjoy these pretty screens of the game as it looks in its pre-alpha state.